The Special Investigation Commission on Social Disasters said it will request a prosecution probe this week into 19 former and incumbent officials and 10 government bodies on charges of interfering with personnel affairs of a now defunct state panel tasked with probing the Sewol ferry's sinking and the government's mishandling of the disaster.

Prosecutors also raided government offices in the central city of Sejong to investigate such allegations.

The ferry capsized off the country's western coast near Jindo Island on April 16, 2014, killing 299 passengers, mostly high school students on a school trip. Five are still unaccounted for. 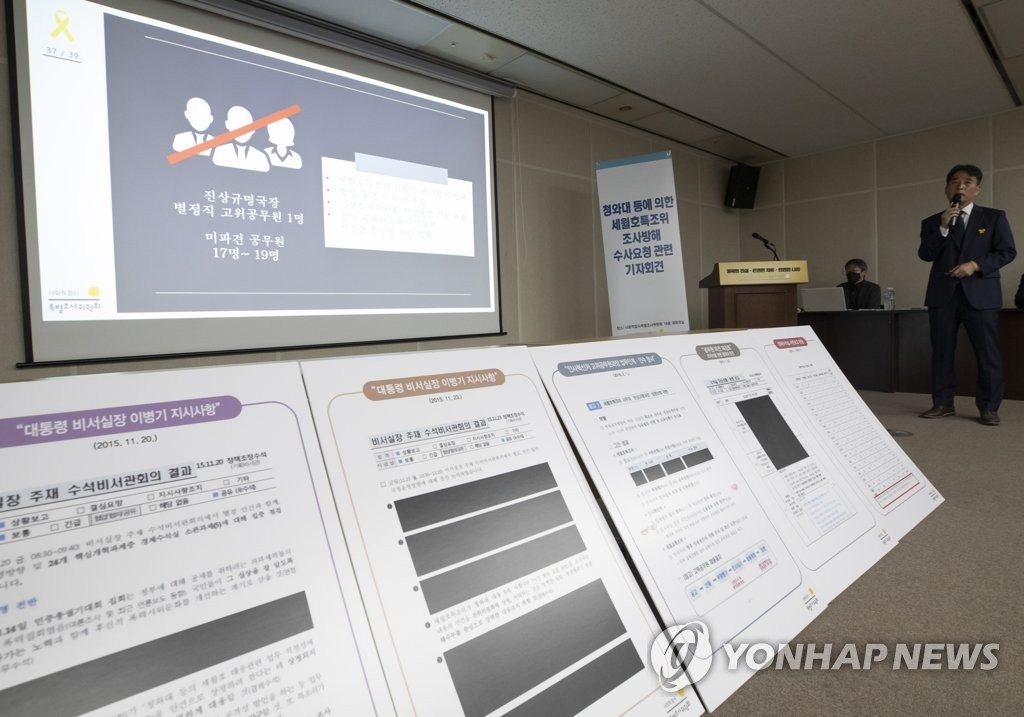 In late 2015, the presidential office deferred the appointment of the panel's director of investigation and had government ministries cancel their plans to dispatch about 20 officials to the organization, the commission said.

At that time, Chief of Staff Lee Byung-ki ordered a "stern response" to the team after the presidential office was informed that it was looking into suspicions about President Park's whereabouts on the day of the incident, the commission said.

The commission also said it obtained a report written by the presidential policy coordination office containing measures to hinder the team's investigation, including budget cuts and its dissolution.

The Commission on Social Disasters, which succeeded the Sewol truth panel, said it will provide 256 related materials to the special prosecution unit, which was launched late last year to reinvestigate the Sewol incident.