Starter Yoo Hee-kwan tossed five shutout innings, and Lee Yong-chan, a starter working out of the bullpen in this one, followed up with four more scoreless frames.

This was the first meeting of the two teams that dueled in the Korean Series last year. The Bears swept the Heroes in four games to claim their third title in five seasons. 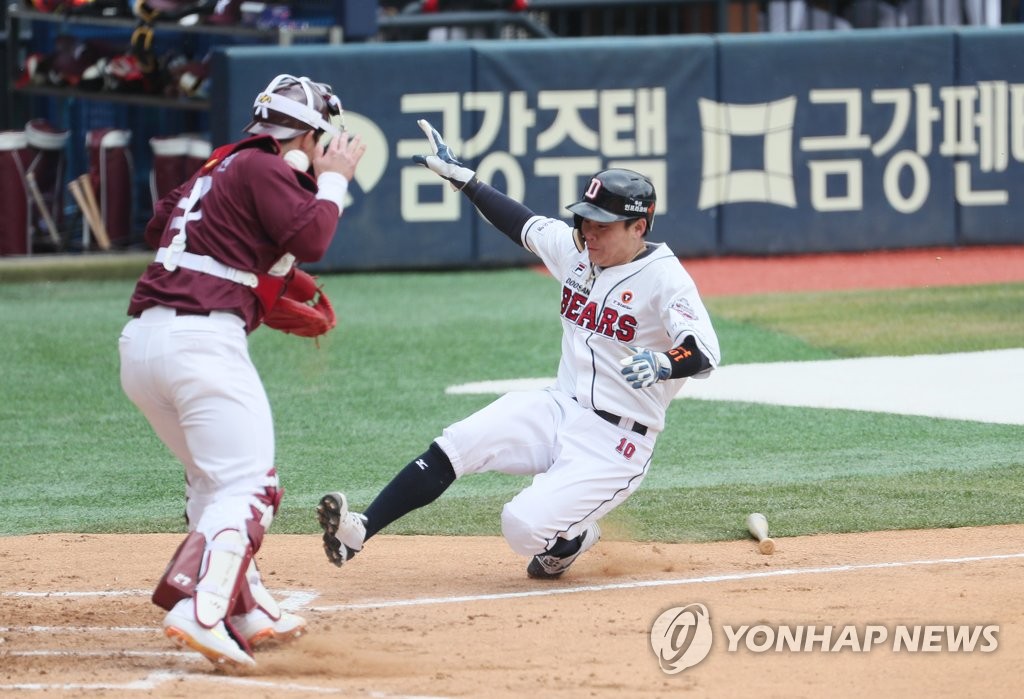 This was the second day of preseason in the Korea Baseball Organization (KBO). Teams had been limited to playing intrasquad games as they awaited the beginning of the regular season, postponed due to the coronavirus outbreak. But the KBO scheduled a truncated preseason to begin Tuesday, allowing teams to face someone other than their own teammates, and also set May 5 as the new Opening Day.

The Bears put up three runs in the bottom of the second inning off starter Yoon Jung-hyun. Jung Soo-bin opened the scoring with a ringing double to right, and Kook Hae-seong's sacrifice fly made it 2-0.

Park Kun-woo followed up with a single through the hole on the left for a 3-0 lead.

Yoon, who's expected to be a back-end starter or a long reliever, lasted only two innings. He threw just 23 of his 44 pitches for strikes, while giving up three runs on four hits. 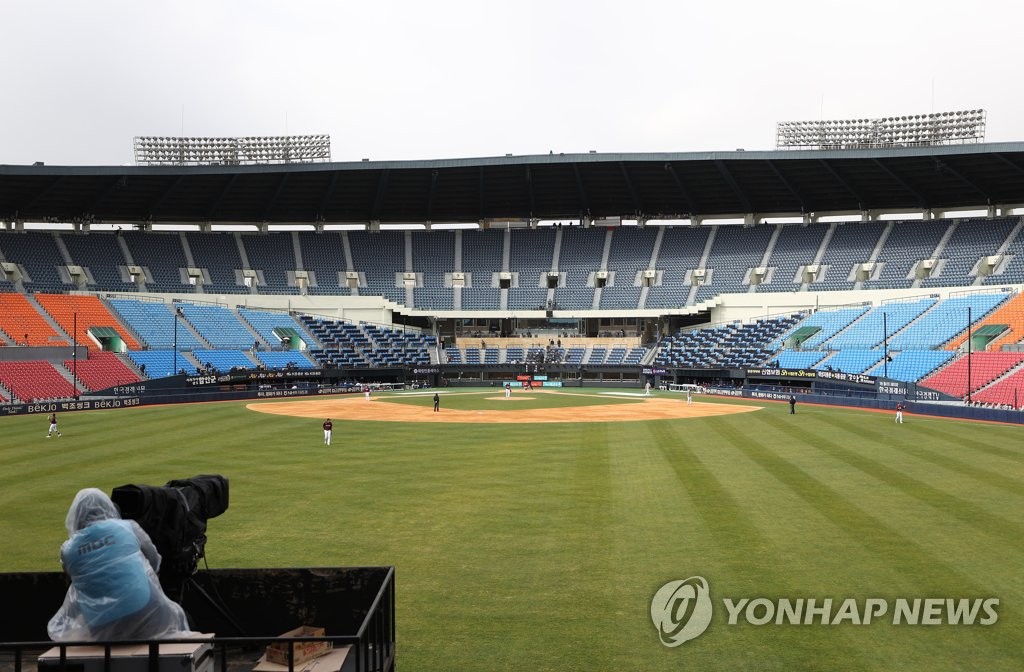 Kim Jae-hwan, still nursing a back injury that's kept him out of the starting lineup for the past two games, delivered a pinch-hit solo home run in the sixth to give the Bears a 4-0 cushion.

In the bottom eighth, Lee Heung-ryun's double extended the lead to 5-0.

The Heroes bats were as cold as the weather on this unseasonably chilly afternoon. They managed only two soft singles against Yoo, one of them an infield variety, and Lee Yong-chan pitched four innings of one-hit ball in relief. 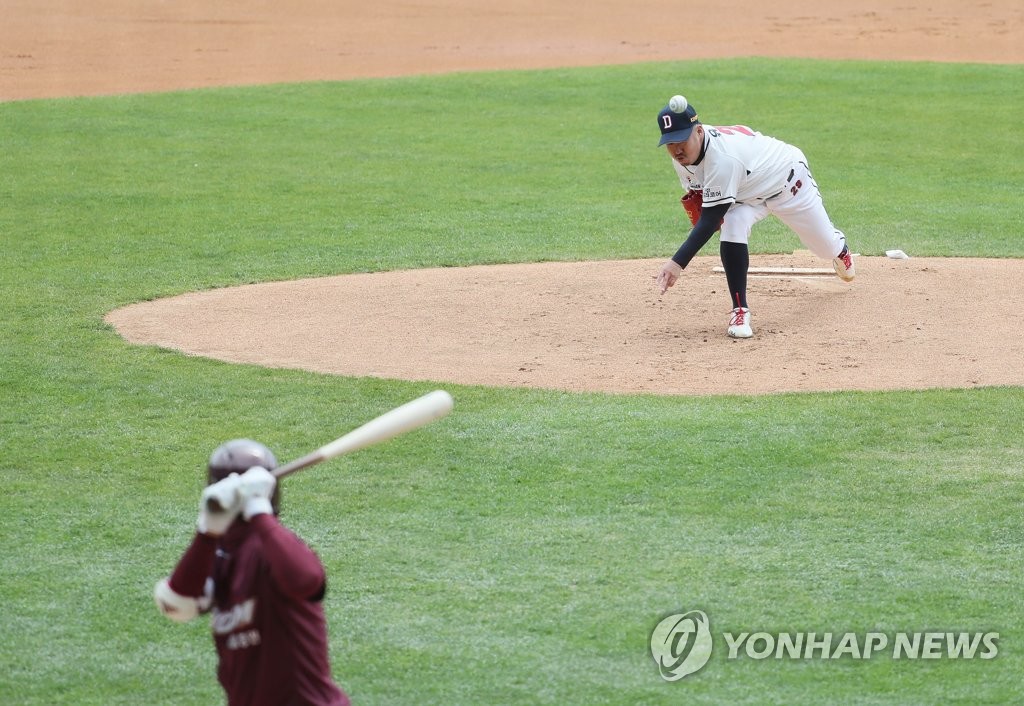