SEOUL, April 22 (Yonhap) -- It was a mesmerizing display of pitching.

In a Korea Baseball Organization preseason game Wednesday, Doosan Bears left-hander Yoo Hee-kwan was mixing his 132 kilometers per hour (82 miles per hour) fastball, if one could call it that, with a changeup, a slider and a curveball that went as low as 86 kph on the radar gun.

And Kiwoom Heroes' batters never had a chance.

In his team's 5-0 victory at Jamsil Stadium in Seoul, Yoo gave up just two soft singles -- one an infield hit -- in five shutout innings, while striking out five and walking one. He needed only 67 pitches for those five frames, and 43 of them went for strikes. 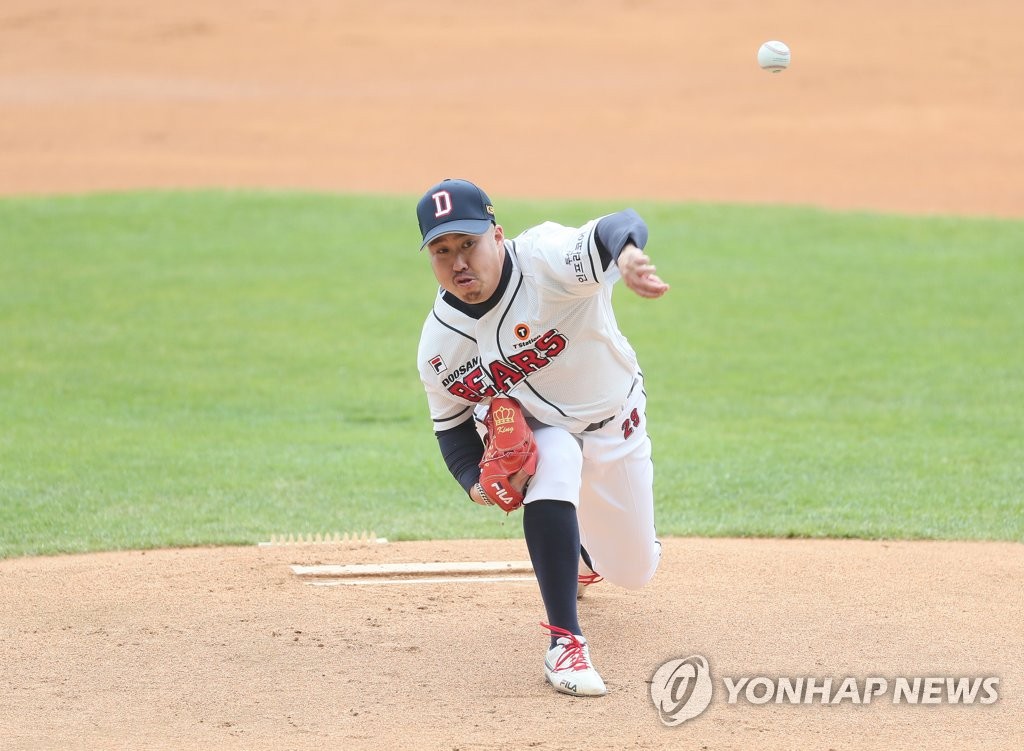 To think any professional hitter could hit such slow pitches at will is to underestimate Yoo's beguiling presence on the mound. The pudgy veteran has always been this slow and has been one of the KBO's most consistent starters for the better part of the decade.

Yoo has reached double figures in wins in seven straight seasons, and logged at least 140 innings in all of them. There's probably no logical way for a pitcher who throws softer than high school prospects to not only survive but thrive in the pro ranks. But year in and year out, Yoo gets the job done. He does it by catching hitters offguard and locating his pitches.

There's the old joke about the Hall of Fame control artist Greg Maddux that explains the kind of pitcher Yoo is: someone hired him to paint a house, and Maddux only painted the corners. 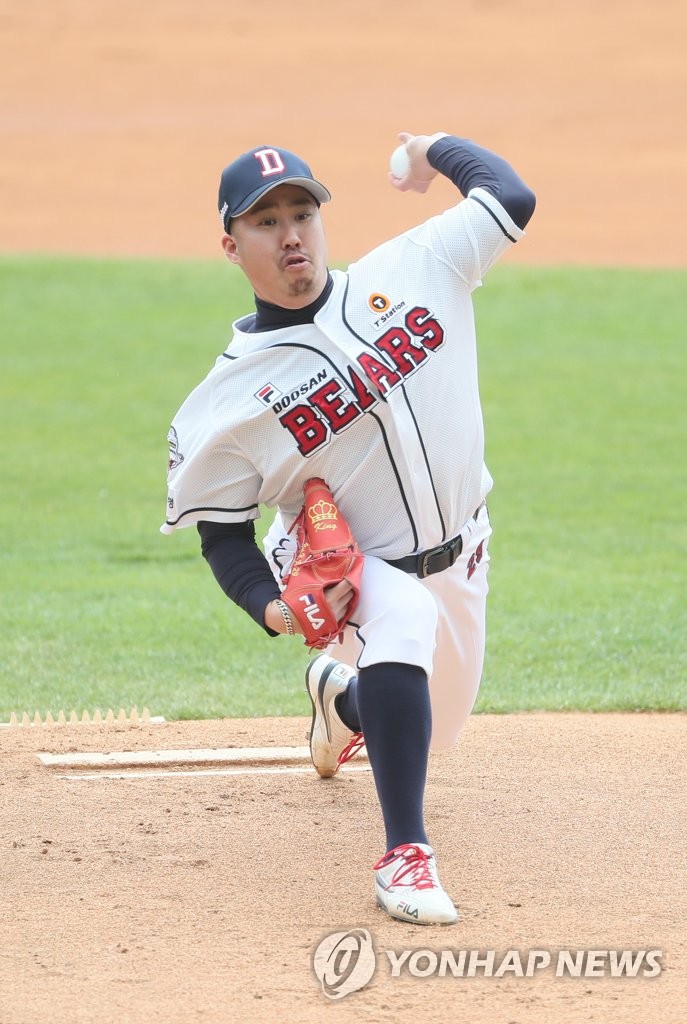 In the first inning on Wednesday, he pitched around an infield single and a walk with two strikeouts and a flyout. Three consecutive flyouts followed in the second inning, and there were two pop outs and a strikeout in the third.

In the fourth, Yoo reached deep into his bag of tricks and offered an 86 km/h curve to Park Dong-won, who flied out softly to right field.

There were two more soft flyouts in the fifth. Yoo gave up his second hit of the game, a bloop single to shallow center off the bat of Lee Taek-keun, but no further damage was done.

Yoo said he was happy to finally face hitters other than his own teammates -- with KBO clubs having been restricted to scrimmages until this week -- and he was so pleased with the way he pitched that he wouldn't have minded giving up runs.

"In preseason games, it doesn't really matter if you allow runs or not," Yoo said. "I was able to test different pitches, and that's the most important takeaway for me."

Yoo said he enjoyed reading fans' reactions to the time he clocked 132 kph in a recent scrimmage, particularly from those who were concerned that Yoo was pushing himself too hard and he might get hurt trying to throw anything over 130.

"I don't ever get caught up in radar gun numbers," Yoo said with a smile. "I always get guys out with late movements of my pitches. I was focusing on that today."

Lee Yong-chan, another potential starter during the regular season, relieved Yoo to begin the sixth, and contributed four shutout innings of his own. Manager Kim Tae-hyoung had planned to rely on those two pitchers to split the nine innings, and the two veterans responded with a tidy day on the mound. 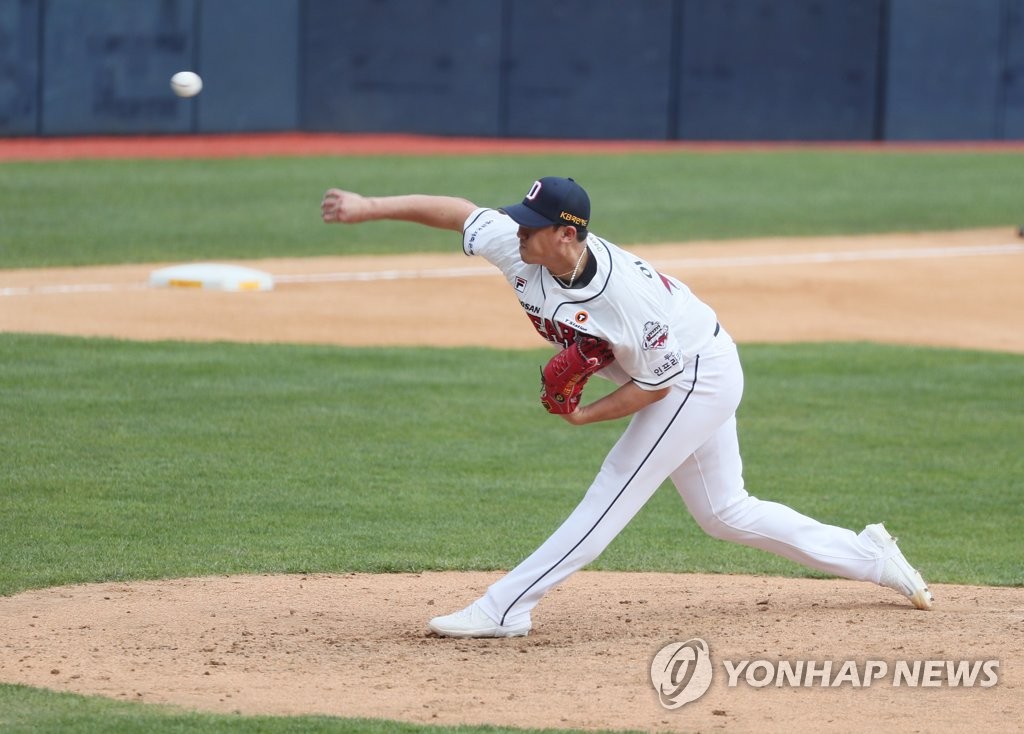