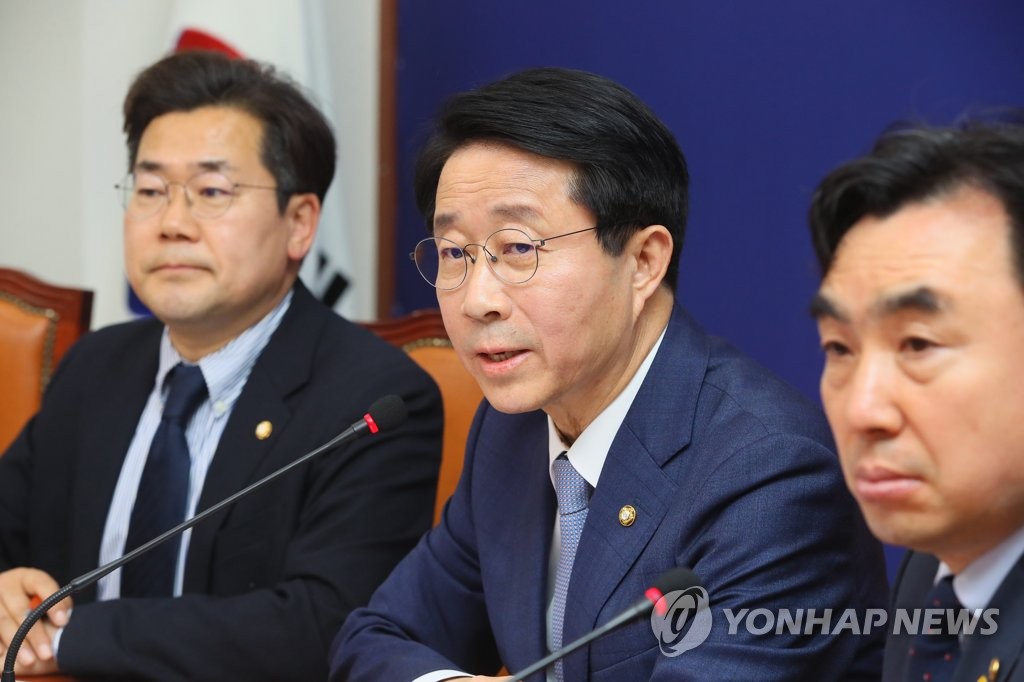 Government officials appeared ready to proceed with the compromised relief scheme as long as the opposition parties give it the green light.

Lee In-young, the ruling party whip, hit back, accusing the UFP of "stalling."

"As the ruling party and government have started converging on this idea, the UFP now demands the revised budget proposal," Lee told reporters. "Wouldn't people see it as an act of stalling for time?"

Lee added that he would contact the UFP floor leadership to find out about "their intentions."

The compromise came amid concerns that any discord between the ruling party and government over the relief issue would look bad particularly after the UFP warmed to the government's initial plan to dole out targeted relief funds.