SEOUL, April 23 (Yonhap) -- Finance Minister Hong Nam-ki said Thursday the coronavirus pandemic is expected to have a bigger impact on the nation's economy in the second quarter, as the virus has crippled global supply chains and consumer demand.

Hong made the remarks shortly after the Bank of Korea reported that South Korea's economy shrank 1.4 percent on-quarter in the first quarter of this year, marking the sharpest quarterly contraction since the fourth quarter of 2008.

The first-quarter gross domestic product (GDP), however, was above market expectations. A survey conducted by Yonhap Infomax, the financial news arm of Yonhap News Agency, had expected the nation's economy to contract 1.81 percent in the quarter.

"There are worries that shocks to the real economy and employment may be large in the second quarter," Hong told a meeting with economy-related ministers.

The first-quarter GDP data was partly supported by a short-term recovery trend in investment and exports, Hong said.

South Korea has pledged to increase the size of its aid package by 90 trillion won (US$73 billion) to 240 trillion won for coronavirus-hit companies and job protection.

President Moon Jae-in ordered the government to draw up a third extra budget, which will be unveiled in early June. 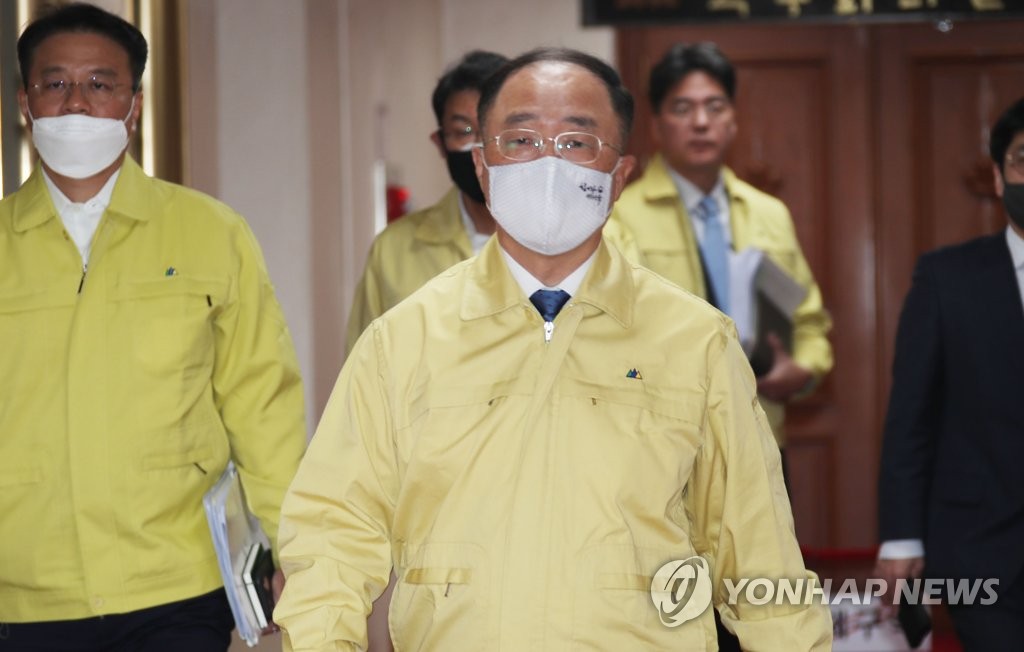