SEOUL, April 23 (Yonhap) -- Corporate bond sales in South Korea nearly halved from a year ago in April in the wake of the coronavirus pandemic, data showed Thursday.

South Korean companies floated bonds worth about 2.7 trillion won (US$2.2 billion) in the first 22 days of this month, down 48.1 percent from the same period a year earlier, according to the data from the Korea Financial Investment Association.

The amount is also down 32.3 percent from the same period a month earlier.

The February surge came as companies rushed to secure funds in an effort to brace for the economic fallout from the spreading novel coronavirus.

In contrast to the nosedive in new bond sales, local firms paid back bonds worth 3.9 trillion won over the cited period, meaning businesses sought to repay debts instead of raising funds for new investments. 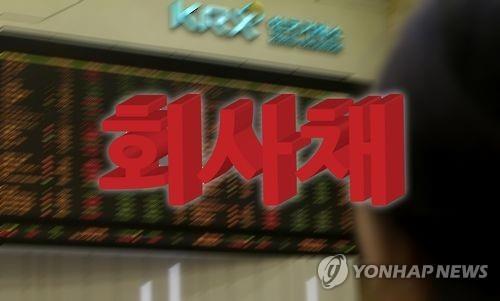 Market watchers said corporate debt sales have tumbled this month due to a virus-sparked financial crunch and a surge in bond yields.

The yield on three-year unsecured corporate bonds with a credit rating of AA- closed at 2.188 percent Wednesday, compared with 2.077 percent at the end of March. The return on debentures with a rating of BBB- stood at 8.412 percent, up from 7.842 percent as of end-March.

In particular, the spread between yields on three-year AA- corporate bonds and three-year government bonds came to 1.157 percentage points Wednesday, the largest in 10 years and seven months, pointing to investors' greater risk aversion.

The upturn in corporate bond returns comes despite financial authorities' efforts to help cushion the local bond market from the fallout of the COVID-19 outbreak.

South Korean has created a 20 trillion-won bond market stabilization fund, and the Bank of Korea has set a special lending facility worth 10 trillion won in motion.

Analysts predicted South Korean companies may have difficulties raising funds through debt sales down the road due to the negative impact of the coronavirus outbreak.
(END)