The K-pop female quartet was one of the three collaborators Lady Gaga worked with on her new album, "Chromatica," according to the American singer's release of the new album's track list Wednesday. 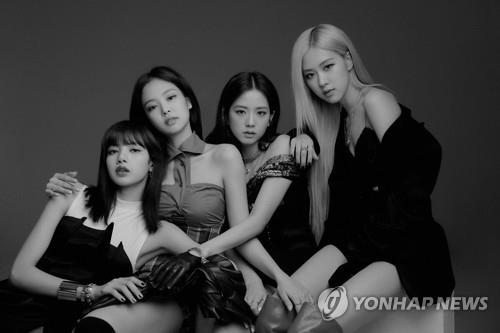 "Sour Candy," the 10th track on "Chromatica," features a collaboration with BLACKPINK, while another American pop diva, Ariana Grande, and legendary musician Elton John collaborated on the album's fourth and 14th tracks, respectively.

The album was originally set for release April 10, but Lady Gaga put it off indefinitely due to the COVID-19 pandemic.

It is BLACKPINK's second major collaboration work with a global pop icon after the band worked with English singer Dua Lipa in the latter's "Kiss and Make Up" in 2018.

Currently, the K-pop band is also on course to drop a new album, the first music release since the last EP "Kill This Love" from a year earlier, which peaked at 24th on the Billboard 200 albums chart. The album's title track, "Kill This Love," ranked as high as 41st on the Billboard Hot 100 singles chart, the strongest feat for a K-pop female band.