The daily FX turnover came to an average US$59.37 billion in the January-March period, up 9.2 percent from the previous quarter, according to the data from the Bank of Korea (BOK).

The amount marks the highest since 2008, when the central bank began tracking related data. 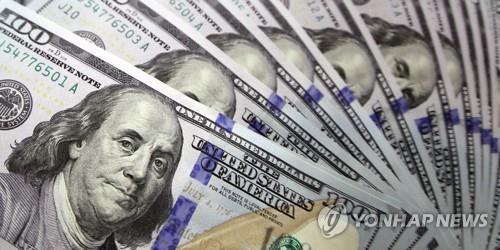 The average daily turnover of foreign exchange spots climbed 8.7 percent on-quarter to $21.11 billion, with that of FX derivatives gaining 9.4 percent to $38.26 billion.

The daily turnover by local banks edged up 0.5 percent to $26.08 billion, while transactions handled by local branches of foreign lenders surged 17 percent to $33.29 billion.
(END)