WASHINGTON/SEOUL, April 23 (Yonhap) -- The U.S. state of Colorado will soon receive South Korean-made kits to run more than 100,000 new coronavirus tests, one of its senators has tweeted, after Maryland purchased diagnostic kits to conduct 500,000 tests.

Sen. Cory Gardner, who chairs the Senate Foreign Relations Subcommittee on East Asia, expressed appreciation to South Korea's government and its Ambassador to the United States Lee Soo-hyuck for cooperation in fighting the COVID-19 pandemic.

"Soon more than 100,000 #COVID19 tests I helped secure from South Korea will arrive in Colorado. Widespread testing is key," he said in a tweet. "I know all of Colorado is grateful for the work of @mofa_kr, Ambassador Lee and @GovofCO to beat this pandemic together."

In a separate tweet, Gardner highlighted the importance of the alliance between South Korea and the U.S. that extends beyond the security cooperation realm.

"The US-ROK alliance is stronger than ever and I'm thankful for our continued friendship," he said, referring to South Korea's official name, the Republic of Korea.

"It has proven to not only be crucial for US economic and national security interests, but for our health as well. We will defeat this pandemic together," he added. 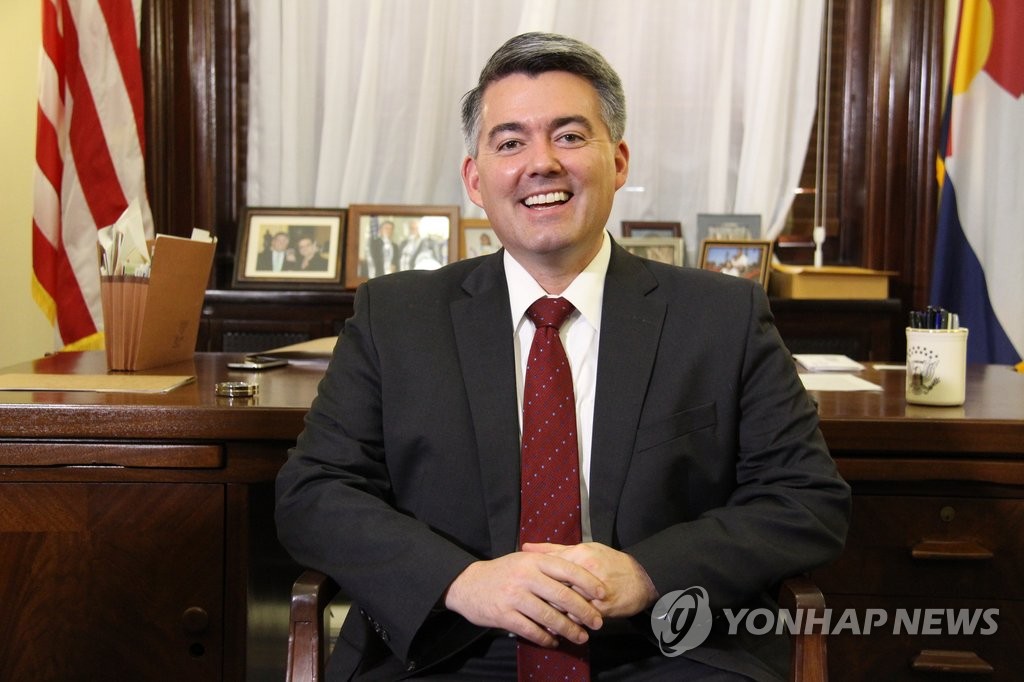 The senator used the hashtag #KatchiKapshida, meaning "we go together" -- a phrase often used to highlight the solidarity of the two countries' long-standing alliance born during the 1950-53 Korean War.

His office also issued a press release, noting that through his diplomatic work, the senator was able to connect Colorado to suppliers in South Korea and facilitate the purchase and delivery of the test kits.

"I know our entire state joins me in thanking Ambassador Lee and all our friends in South Korea as we work together to beat this pandemic," Gardner was quoted by his office as saying in the press release.

An official at the South Korean Embassy in the U.S. pledged to continue close cooperation in battling the pandemic.

Colorado's purchase of test kits came amid tensions between U.S. President Donald Trump and Maryland Gov. Larry Hogan, which emerged after Trump expressed displeasure over Maryland's decision to buy the kits from Korea.

Observers said the president might have chafed at the possibility that the purchases of such products by individual states could create a sense that the federal government is not successfully handling the public health crisis.