SEOUL, April 23 (Yonhap) -- A whirlwind of new music albums by idol bands are on course to hit the K-pop scene over the following weeks, providing a breath of life to the industry hard hit by the coronavirus pandemic.

Starting next week, a flurry of high-profile idol bands are scheduled to drop new albums, returning to the K-pop scene in droves.

The highlight of the comeback rush will be on May 11 when three powerful boy bands are each slated to unveil a new album.

One of them is Monsta X, releasing a new EP, "Fantasia X," its first Korean music album in seven months, which will bring together all of the band's six members, including main rapper Jooheon who has been absent due to health issues.

It is also Monsta X's first return to the local music scene following their sensational entry into the Billboard 200 albums chart in February at No. 5 with the English album "All About Luv." 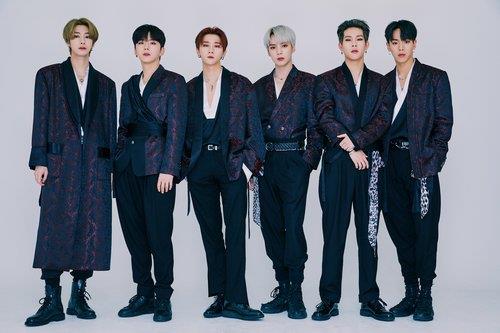 Idol rock band DAY6 has also chosen May 11 as the date for the release of a new album, joining what is sure to become a fierce competition to top local music charts.

A week earlier on May 4, another boy band, Astro, will return with its full six-member lineup to put out the new EP "Gateway." 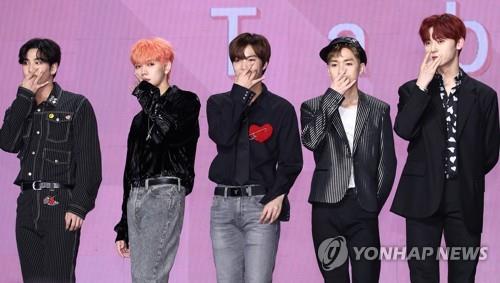 This will be after two idol bands -- Oh My Girl and NCT Dream -- hit the K-pop scene with new albums, "Nonstop" and "Reload," next Monday and Wednesday, respectively.

April has already seen a wave of other idol bands return to warm up the music scene after the pandemic dealt a heavy blow, leading to the cancellation of high-profile concerts, showcase performances and other major events.

Having their first planned world tour canceled due to the coronavirus outbreaks, girl band (G)I-dle took local music charts by storm with a new album, "I trust," dropped in early April.

Ten-year-old idol girl band Apink made another splash in the music scene and local music charts last week with its new album "Look," led by the main track "Dumhdurum."

On Monday, "Dye," a new album by boy band GOT7, hit the music scene, followed by the release of "Spit It Out" and "1719" Thursday, solo albums by Mamamoo member Solar and Ha:tfelt, a former member of Wonder Girls.

The return rush is a much-needed boost to the K-pop market, which reported an on-year fall of nearly 26 percent in new music releases in March due to the pandemic, according to music streaming service Genie Music.

"The music market is likely to have a wave of new album releases going forward as idol bands, as well as ballad and hip-hop musicians, no longer postpone their return to the scene," an official well-versed in the K-pop market said. 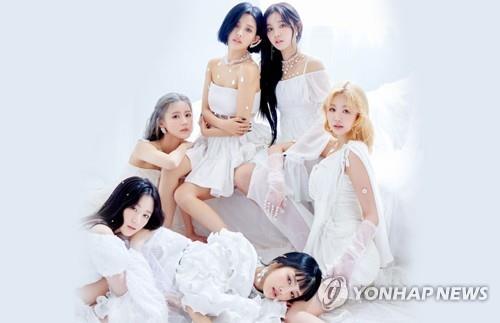