(ATTN: CHANGES headline and lead; RECASTS throughout)
By Choi Kyong-ae

SEOUL, April 23 (Yonhap) -- Hyundai Motor Co. and its affiliate Kia Motors Corp. said Thursday they will suspend some of their domestic plants to manage inventories at affordable levels amid the growing coronavirus impact on the automobile industry.

Hyundai said it will halt operations at most of its domestic plants from April 30 to May 5.

"But the company and the union are not in talks for an additional suspension of local plants," a company spokesman said over the phone.

On the overseas front, Hyundai suspended plants in the United States, India and Brazil in line with local governments' guidance to prevent the spread of COVID-19.

Kia also said it will halt operations at two plants in Sohari, Gwangmyeong, just south of Seoul, from Monday to May 10 and again from May 22-25 to keep inventories at manageable levels.

The company is also in talks with the union of its plant in Gwangju, 330 kilometers south of Seoul, to take similar steps, a company spokesman said. 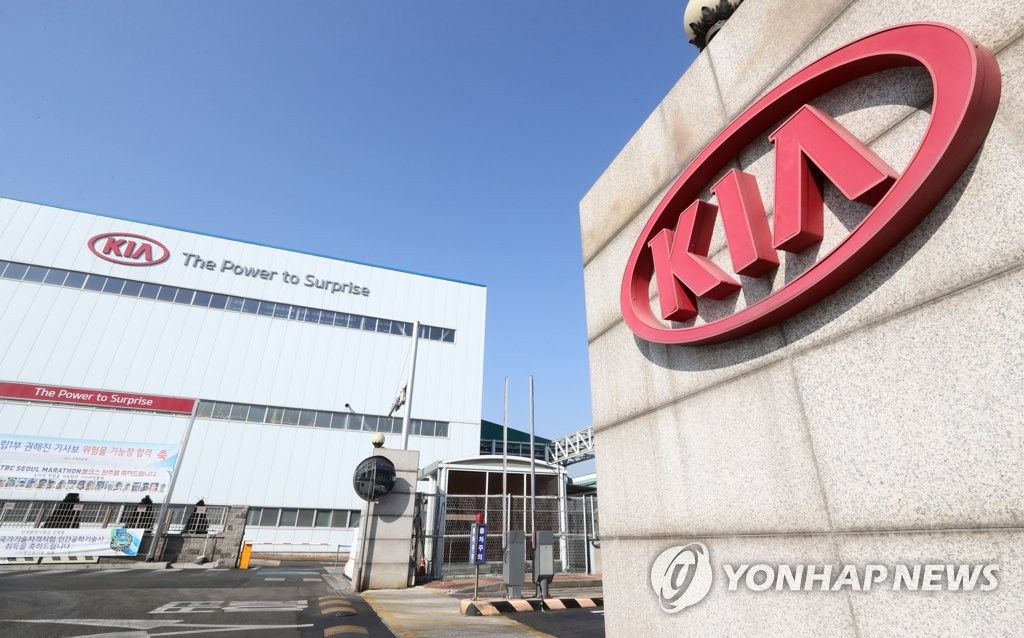 The temporary suspensions are aimed at flexibly responding to lower overseas demand as consumers opt not to visit dealerships due to virus fears, the companies said.

Kia currently operates eight domestic plants and three factories in China, while its plants in the United States, Mexico and India are suspended. Its total output capacity is 3.84 million units.

Hyundai has seven domestic plants and 10 overseas plants -- four in China and one each in the U.S., the Czech Republic, Turkey, Russia, India and Brazil. Their combined capacity reaches 5.5 million vehicles.

Hyundai and Kia together form the world's fifth-biggest carmaker by sales. Hyundai owns a 34 percent stake in Kia. They are key affiliates of Hyundai Motor Group.