Kia plans to halt operations at its two Sohari plants in Gwangmyeong, just south of Seoul, from April 27 to May 8 and again from May 22-25 to keep inventories at manageable levels, a company spokesman said by phone.

The temporary suspension is aimed at flexibly responding to lower overseas demand as consumers opt not to visit dealerships due to virus fears, Kia said.
The four factories facing temporary closure are responsible for the majority of Kia's exports. One Sohari plant makes the K9 sedan and the Stinger sports car, while the other builds the subcompact Stonic.

Gwangju's No. 2 plant produces the Sportage sport utility vehicle and the Soul boxcar. No. 3 plant there makes pickup trucks, military vehicles and large buses. During the suspension, trucks and military cars will continue to be built.

Currently, Kia operates nine domestic plants and three factories in China, while its plants in the United States, Mexico and India are suspended. Its total output capacity is 3.84 million units. 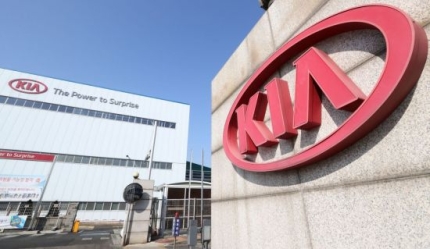