SEOUL, April 23 (Yonhap) -- Catholic churches in Seoul on Thursday held their first Masses in about two months as South Korea is preparing to go back to normal, months after the start of the coronavirus outbreak.

Some 150 people participated in a Mass held at Myeongdong Cathedral in central Seoul starting at 10 a.m. Wearing face masks, they sat at intervals of one or two meters.

It was one of the first Catholic services held since the Catholic Archdiocese of Seoul, the biggest in South Korea with 1.52 million followers, decided to suspend all meetings and gatherings on Feb. 26.

Earlier this week, the Seoul Archdiocese said that public Masses will be resumed in 232 chapels across the capital city, including Myeongdong Cathedral, on Thursday.

It demanded all participants have their temperature checked at the entrance and provide their names and contact information. Many churches used barcodes to list their attendees.

South Korea's new daily confirmed COVID-19 cases have remained around 10 for the past few days. The country reported the first coronavirus patient on Jan. 20.

Out of 16 Catholic dioceses in the country, 12 cities, including Seoul and Incheon, have resumed Masses or are planning to restart on-site services in the near future.

Four dioceses, including the one in Daegu, the nation's worst virus-hit region, have not yet mapped out detailed plans for reopening.

But some Catholics expressed concerns over the resumption of Masses and possible mass infection, saying that it is still too early to reopen.

Meanwhile, a number of Protestant churches are also set to reopen their chapels this weekend, led by Yoido Full Gospel Church in Seoul, the biggest Protestant church in South Korea with 560,000 congregants, which posted an announcement that it will hold its official service on Sunday. 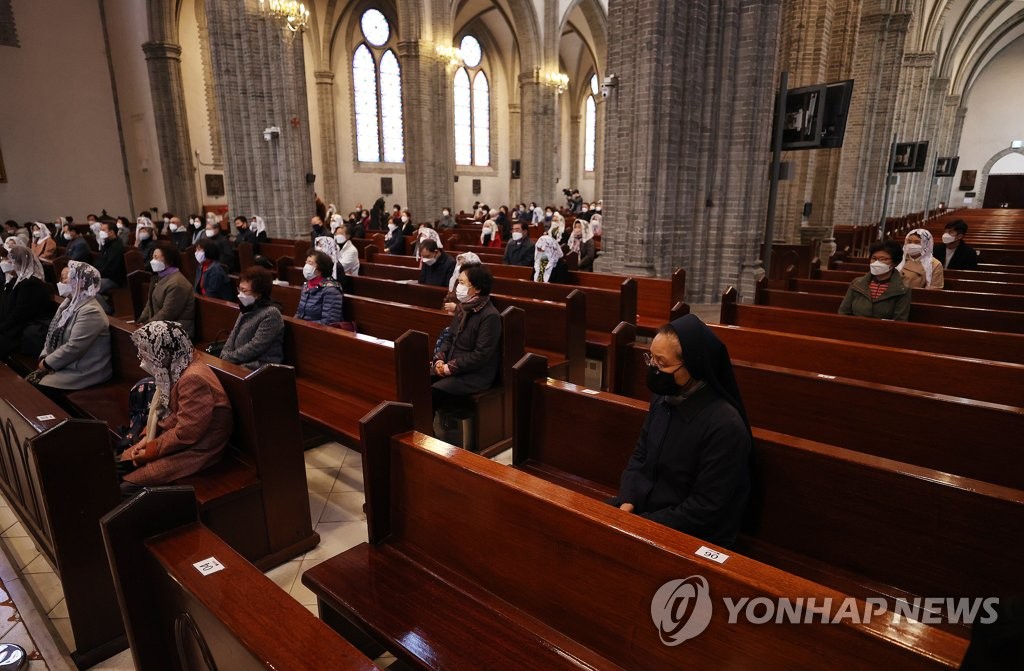