INCHEON, April 23 (Yonhap) -- With the top South Korean pro football league about to kick off after being delayed by the coronavirus outbreak, one club captain wondered on Thursday if the season could be completed without disruption.

Kim Do-hyeok and his Incheon United of the K League 1 played a practice match against the K League 2 club Suwon FC in Incheon, 40 kilometers west of Seoul, on Thursday. It was the first exhibition match between clubs since the K League season was postponed indefinitely on Feb. 24, five days from its original start date. 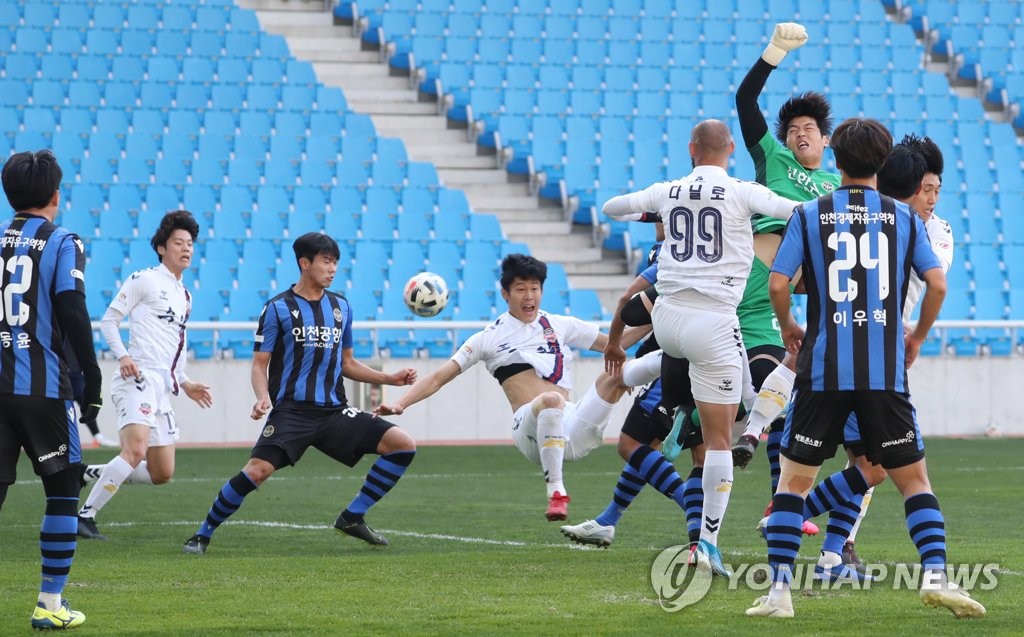 With a recent decline in new COVID-19 cases and the government's easing of social distancing guidelines, the league started moving toward opening the season. Starting on Monday, teams were allowed to schedule matches against one another, after having been restricted to practices and intrasquad matches. And the Korea Professional Football League will meet with club representatives on Friday to determine the new kickoff date, with May 9 or 16 as possibilities.

Kim, an Incheon midfielder, said he was bracing himself for a potential hitch once the season began.

"I can't guarantee that we'll be able to play the full season safely," Kim told reporters at Incheon Football Stadium. "Players and fans alike will have to pay extra attention to prevention, so that we can build a safe environment together." 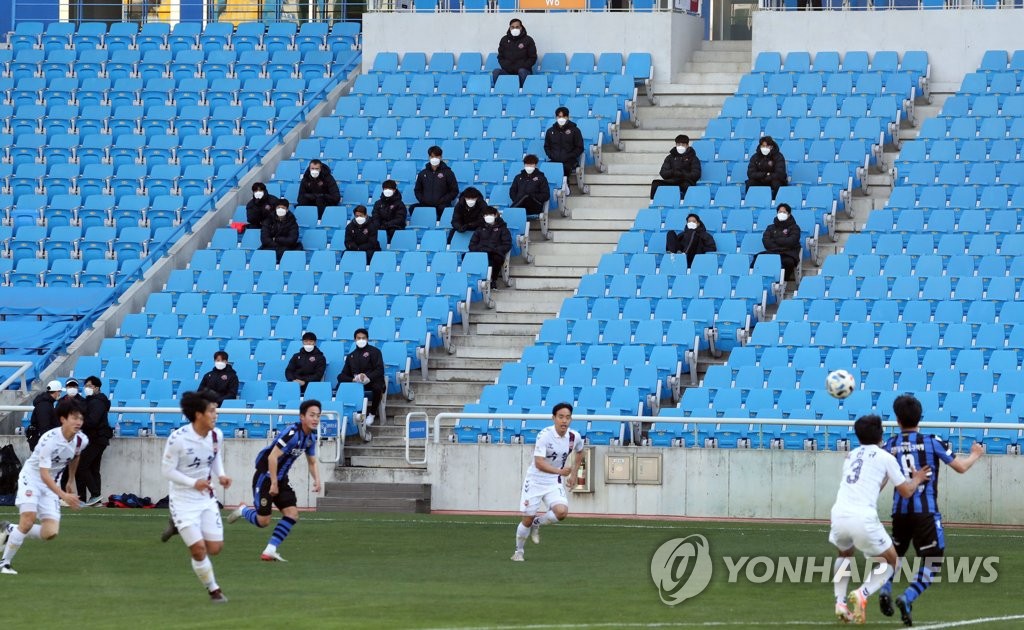 Though the number of new COVID-19 patients has stayed in the single-digit range of late, the early portion of the K League season will likely be played without fans. Thursday's practice match here took place behind closed doors.

"The more fans we have in the stands, the better it is for us players," Kim said. "It's a shame that we'll be playing without fans. But if we can all contribute to preventing the spread of the virus, we'll soon have fans back in the seats."

Kim took a shot at one particular safety measure announced by the league earlier in the week, which bars players from talking to their teammates or opponents during matches.

"It's impossible not to be talking to your teammates," Kim said. "If we can't have conversations on the field, we may as well not play football at all."

On the sidelines, Incheon head coach Lim Wan-sup was trying to communicate with his players while wearing a mask.

"It's just difficult to be talking to the guys through the mask," Lim said. "But as we all try to overcome this adversity, there are things we just have to do."