According to the officials, the air forces of South Korea and the U.S. Forces Korea began their squadron-level exercises on Monday. The exercises will end Friday.

"This is an annual, typical combined exercises designed to improve execution of our joint operations," a South Korean Air Force official said. "The length and the size of the exercises are on par with those of previous years."

F-15K and KF-16 fighter jets from South Korea and F-16 from the U.S. side are taking part in these exercises, according to officials.

The ongoing exercises appear to be a warning to North Korea. The allies postponed their air exercises last November to support diplomacy with Pyongyang, with the U.S. urging North Korea to reciprocate the goodwill by returning to the stalled nuclear talks.

But North Korea has done nothing but ratchet up tensions on the Korean Peninsula, having fired off missiles, or projectiles believed to be missiles, on five occasions this year already, most recently on April 14. 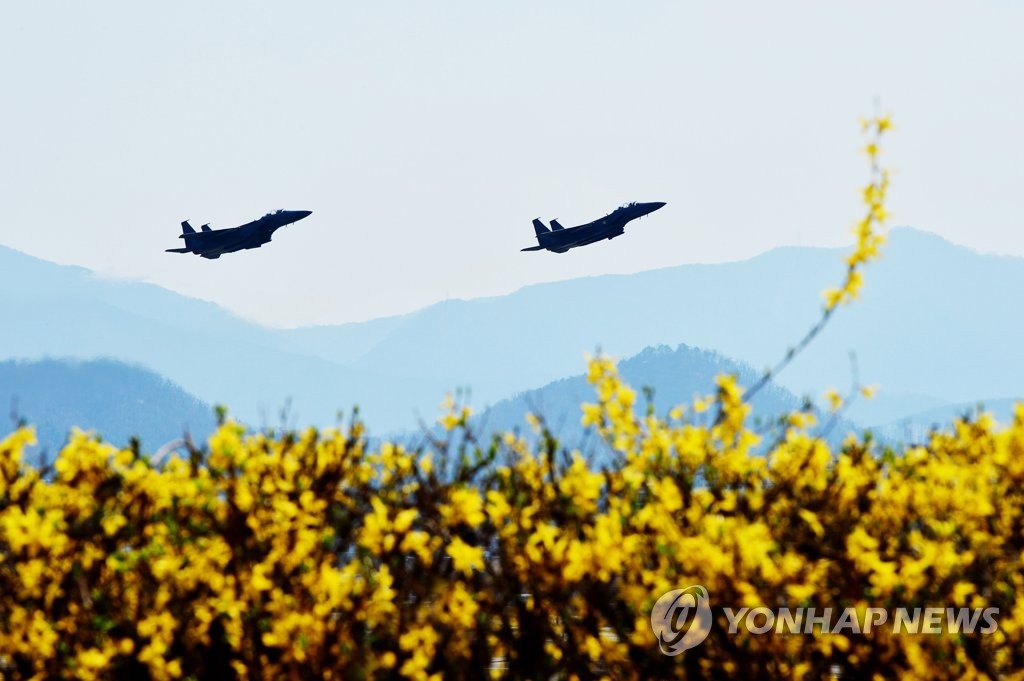