The decision to stretch out the Korea-UAE Cultural Dialogue 2020 for another year was reached during a teleconference between Minister of Culture, Sports and Tourism Park Yang-woo and his UAE counterpart, Noura bint Mohammed Al Kaabi, earlier in the day, it said.

In the talks, the two sides concurred on postponing the Abu Dhabi K-Pop festival, which was scheduled for the first half of this year, to around November.

The two officials also said preparation will be made to hold the Korean modern art exhibition from August through October, and the Taekwondo demonstration event on October in the Middle Eastern country, although exact dates will be arranged after further bilateral consultation that takes into account the impact of the global pandemic. 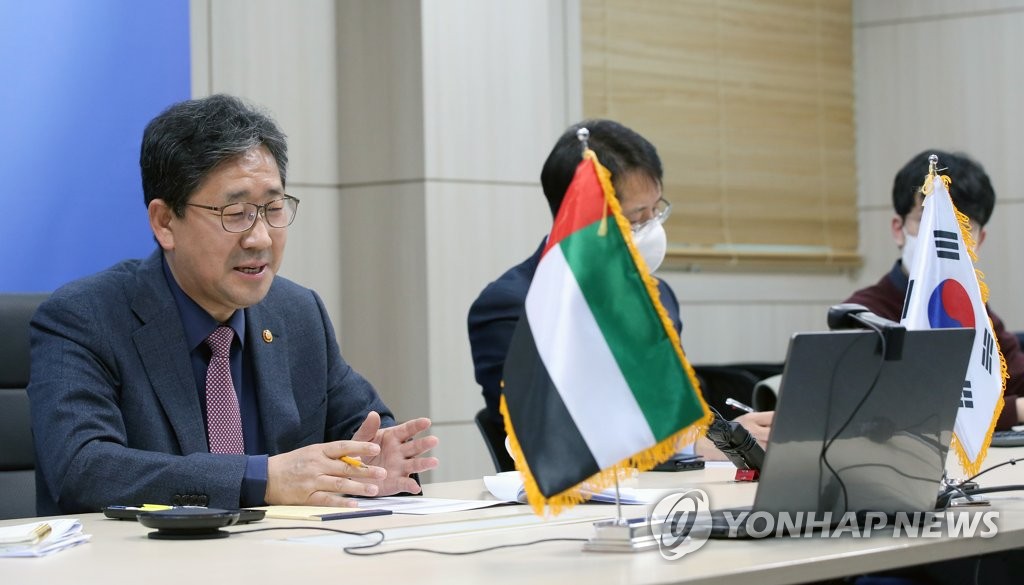 The ministers, in addition, touched on the COVID-19 outbreak with Noura Al Kaabi lauding the way Seoul has handled the infectious disease in a transparent manner, and that the actions taken by the country is being carefully watched by others around the world.

In response, Park said that while the situation in South Korea is improving, the government is maintaining its guard and callin on the public to adhere to social distancing rules.

He then said that while both countries are experience difficult times at present, the outbreak has allowed the fostering of greater trust that is helping to strengthen the existing bond.

The Cultural Dialogue 2020 was arranged to mark the 40th anniversary of formal diplomatic ties between Seoul and Abu Dhabi.
(END)