Rodman has visited North Korea multiple times and apparently befriended Kim, who is known as an avid basketball fan.

In an interview with U.S. outlet TMZ Sports, published Wednesday, the retired basketball player addressed the recent reports that Kim may be in "grave danger" after a cardiovascular procedure.

"I hope it's just a rumor that Marshal Kim Jong-un is sick," Rodman said. "Hopefully I will find out more soon." 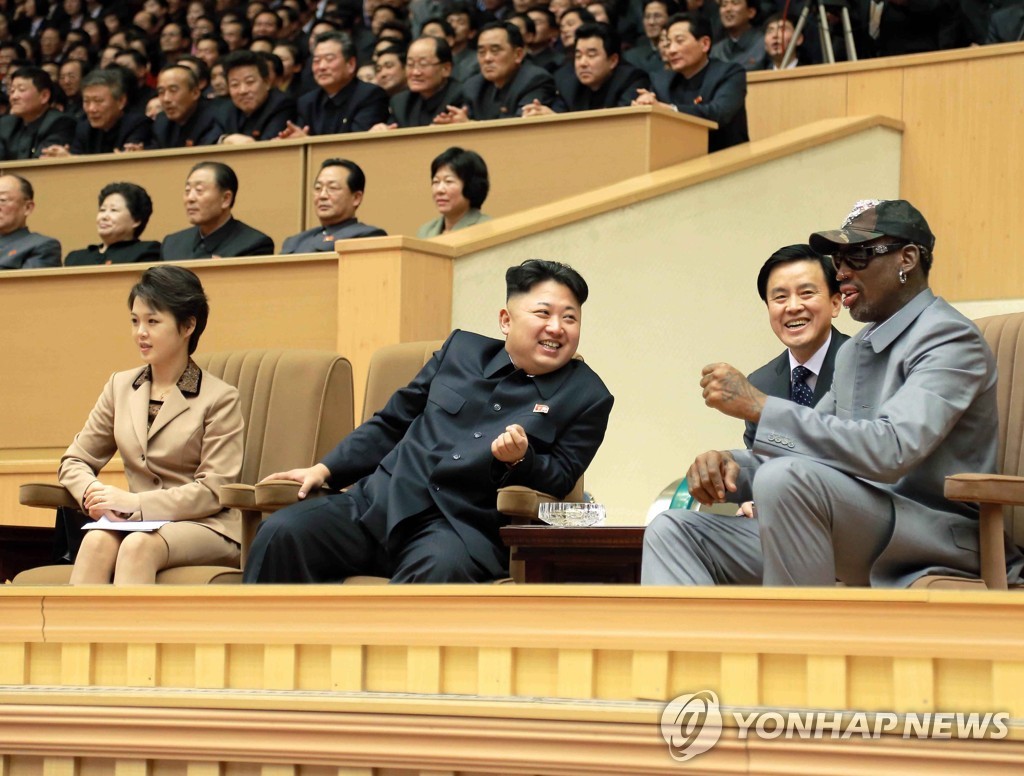 North Korea's state media has kept mum on the leader's whereabouts since reporting on a ruling party meeting he presided over on April 11.

"There is still so much work we have to do between both the USA and DPRK," Rodman said, referring to North Korea by its official name, the Democratic People's Republic of Korea. "If he is not feeling well, I am praying for his speedy recovery, so that both my friends [President Trump & Marshal Kim] can continue towards a peaceful success."

Rodman has previously asked Trump to allow him to help improve U.S.-North Korea relations. The two met while appearing on the reality TV show "The Apprentice."

Negotiations have stalled for more than a year, but the leaders have maintained personal correspondence.

On Tuesday, Trump said the U.S. doesn't know if the reports about Kim's deteriorating health are true.

"I can only say this: I wish him well," he told reporters at the White House. "Because if he is in the kind of condition that the reports say, that the news is saying, that's a very serious condition, as you know, but I wish him well."

Dennis Rodman says he is praying for N.K. leader's health

Dennis Rodman says he is praying for N.K. leader's health