Trump's comments come two days after he said the United States doesn't know if the reports are true and added that he wishes Kim well.

"I think the report was done by a network that was incorrect," he said Thursday. "I think it was a fake report done by CNN." 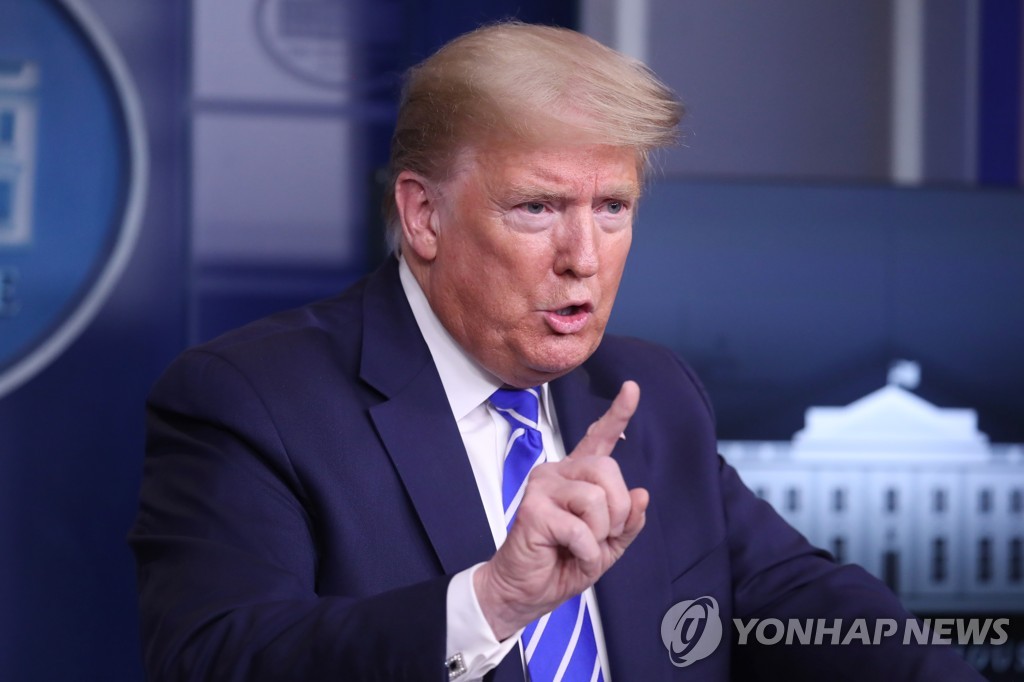 On Monday, CNN cited a U.S. official as saying that the U.S. is looking into intelligence that Kim is in "grave danger" after surgery.

That followed a report by the Daily NK, a South Korean news outlet focusing on North Korea issues, that Kim was receiving medical treatment after a cardiovascular procedure.

Trump emphasized his good relations with Kim and repeated his wish for his good health.

Trump refused to say whether he has made contact with the North. On Tuesday he had said he may reach out to check on Kim's condition.

Asked when he last heard from Kim, he said, "I don't want to say."

There was confusion after Trump said over the weekend that he recently received a "nice note" from Kim, but then North Korea denied shortly afterward that any message had been sent.

U.S. officials have said that Washington is watching closely what's happening inside the regime. U.S. Joint Chiefs of Staff Vice Chairman Gen. John Hyten said Wednesday that he assumes Kim is still in full control of the North's armed forces.

North Korean media remains mum on Kim's whereabouts, putting out no reports on his public activities.

Kim was last seen on April 11 when he presided over a political bureau meeting of the ruling Workers' Party. He skipped a major celebration marking the birthday of state founder and his grandfather, Kim Il-sung, on April 15, sparking rumors about his health.