It is not rare for Kim to disappear from public view for some time. The ministry handling inter-Korean affairs said that he reemerged after as long as 21 days of absence earlier this year.

In 2014, he disappeared from the public eye for about a month but reappeared limping. He was later confirmed to have had a cyst removed from his ankle.

The ministry said the North's media have scarcely disputed directly any rumors about its leader but usually released reports or photos suggesting that he remains in good health. 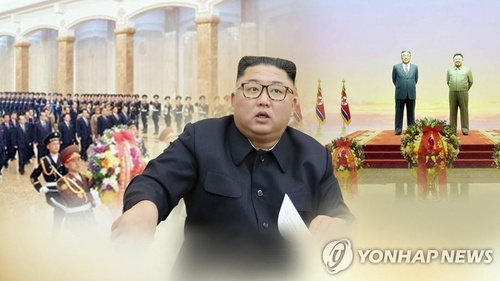