South Korea suffered a mask supply crisis when the country's coronavirus outbreak peaked in late February and early March. The government stepped in to regulate mask production and distribution.

All South Koreans and registered noncitizens here can buy two KF94 masks a week on an assigned day, which depends on their birth year, at pharmacies and other designated places nationwide.

"The mask supply has been stabilized a lot" thanks to the system, Chung said during an interagency meeting on the COVID-19 response.

Beginning next week, three masks will be allotted to each individual, according to the prime minister. 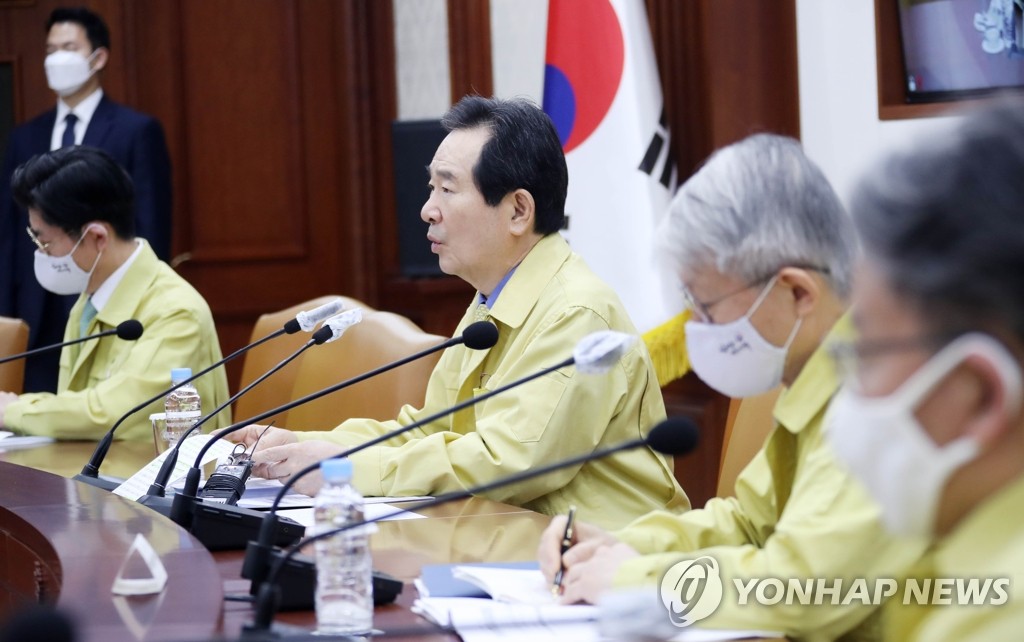 "I am still cautious, but we now have room to care about neighboring countries in need," Chung said.

As this year marks the 70th anniversary of the outbreak of the Korean War, the government has decided to send a total of 1 million masks to foreign war veterans who helped defend South Korea, he added.

Starting Monday, Chung also said, violators of the self-isolation rule will be required to wear wrist bands, designed to trace their locations.