SEOUL, April 24 (Yonhap) -- The defense ministry said Friday it has discovered four pieces of bones and hundreds of items believed to be from soldiers killed in the 1950-53 Korean War inside the Demilitarized Zone (DMZ) on the border with North Korea.

The bone pieces, along with 307 articles, were unearthed this week during an excavation project on Arrowhead Ridge, a former battle site inside the DMZ that separates the two Koreas, according to the ministry.

South Korea resumed excavating the remains Monday as Pyongyang remained unresponsive to calls for joint work as was agreed between the two sides.

Under a bilateral military accord signed in September 2018, the two Koreas agreed to launch a joint excavation project on the ridge, the first such excavation project inside the DMZ. But Pyongyang has since remained silent over the project, leaving Seoul to carry out the work alone last year.

"The defense ministry will ... actively make necessary preparations to begin the joint excavation project between South and North Korea at any time, and continue efforts to draw the North's response," it said in a release.

The military discovered a total of 2,030 pieces of bone pieces believed to have belonged to 261 troops killed in the war from the ridge last year and identified seven deceased soldiers. 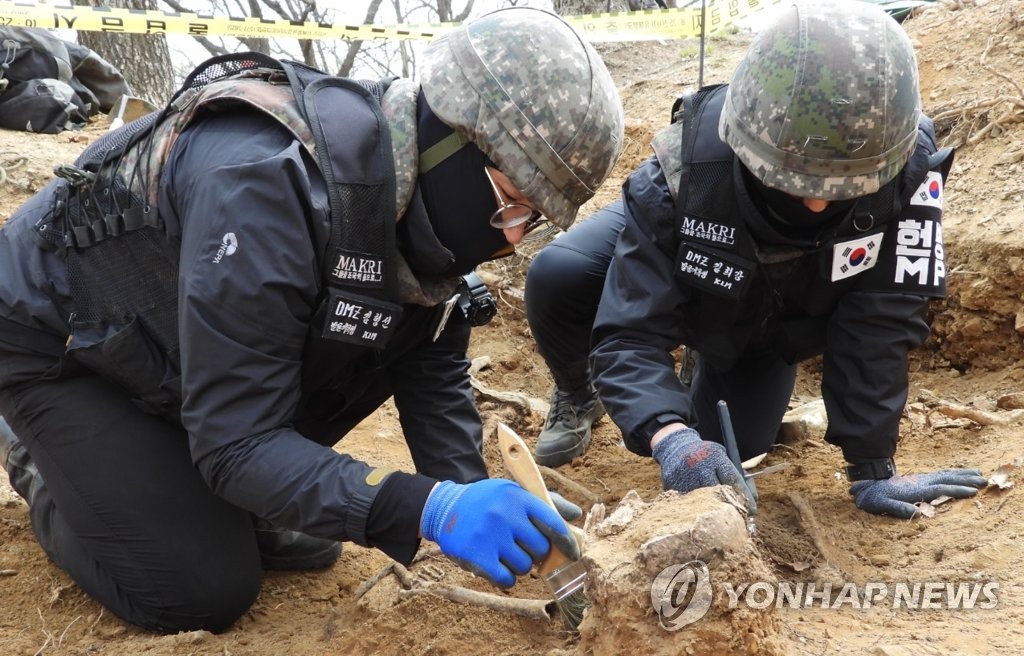