(ATTN: UPDATES with company's comment and background in paras 3-4)

SEOUL, April 24 (Yonhap) -- Hyundai Steel Co., South Korea's No. 2 steelmaker, said Friday it swung to a net loss in the first quarter from a year earlier due to currency-related losses.

For the three months that ended March 31, Hyundai Steel posted a net loss of 88.6 billion won (US$72 million), shifting from a net profit of 94.4 trillion won a year earlier, the company said in a regulatory filing.

The company said the won's weakness against the U.S. dollar cut into the quarterly bottom line.

Hyundai Steel posted an operating loss of 21.3 billion won in the first quarter, compared with an operating profit of 168.9 billion won a year earlier, the company said in a regulatory filing 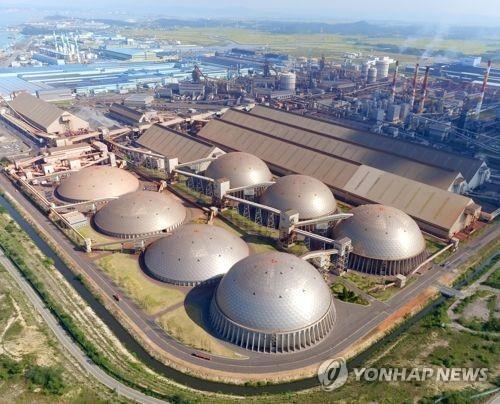