One week into its launch, more than 2,600 people have uploaded photos of them holding their hand in a thumbs-up pose with their palm stretched underneath -- which means "respect" or "pride" in Korean sign language.

The posts include hashtags that in English translate to #ThankstoYouCampaign, #ThankstoYouChallenge and #ThankstoHealthWorkers and the names of three people to continue the challenge. 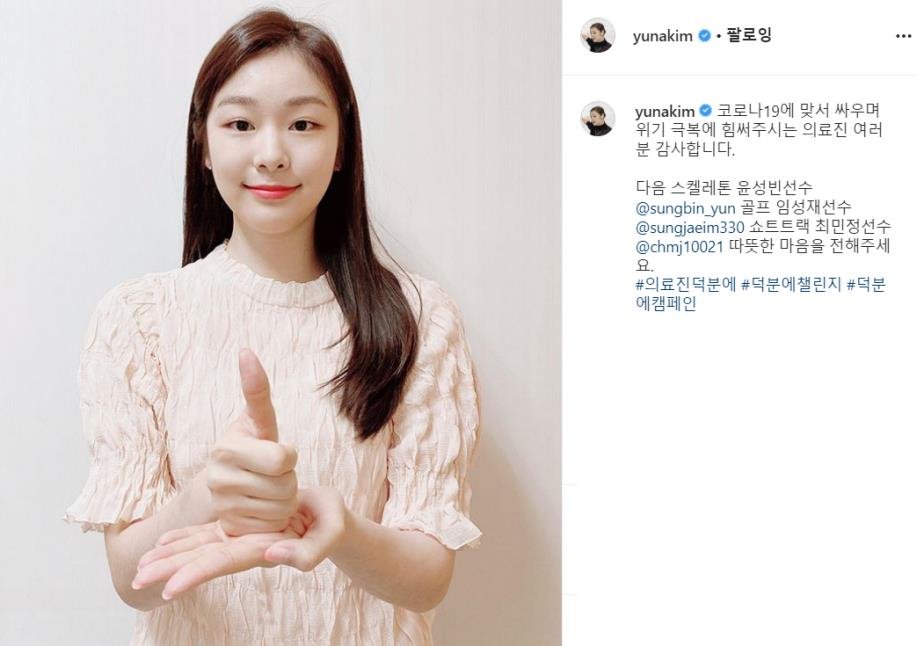 In another post, K-pop diva BoA encouraged people to take part in the challenge to cheer up doctors and nurses and named pop duo TVXQ's U-Know Yunho to take the baton.

Officials at the Korea Centers for Disease Control and Prevention, including chief Jeong Eun-kyeong, who has calmly briefed the public on the latest developments, have also taken part.

"We express our deepest gratitude and respect to health workers who have braved infection risks and inconveniences to come to COVID-19 sites, as well as those who are looking after patients at their own respective sites," Vice Health Minister Kim Ganglip said in an April 16 press briefing.

"(We hope) that citizens can also take part in the campaign with various creative ideas," Kim said as he introduced the social media campaign. 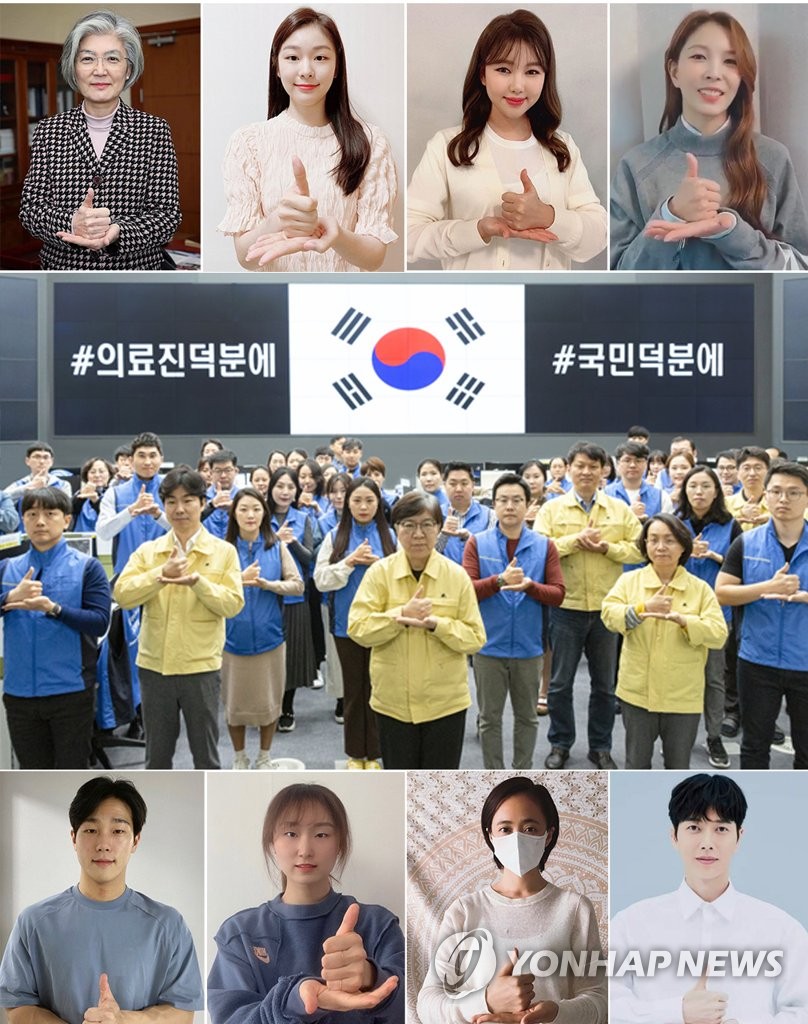 The government said it plans to distribute badges bearing the symbolic gesture to health workers and people who took part in the campaign and to use the uploaded photos and videos for promotional materials.

South Korea, which first reported its first COVID-19 case on Jan. 20, has reported 10,708 infections as of Friday.

On Friday, the country reported six new cases. It also reported no additional deaths for the first time since March 16.