Net profit stood at 657 billion won (US$532 million) for the January-March period, up 111 billion won from a year earlier, Hana Financial said in a statement.

The banking group said its cost-cutting efforts and strengthened risk management as well as good performance in its non-banking units contributed to the hike in its net profit. 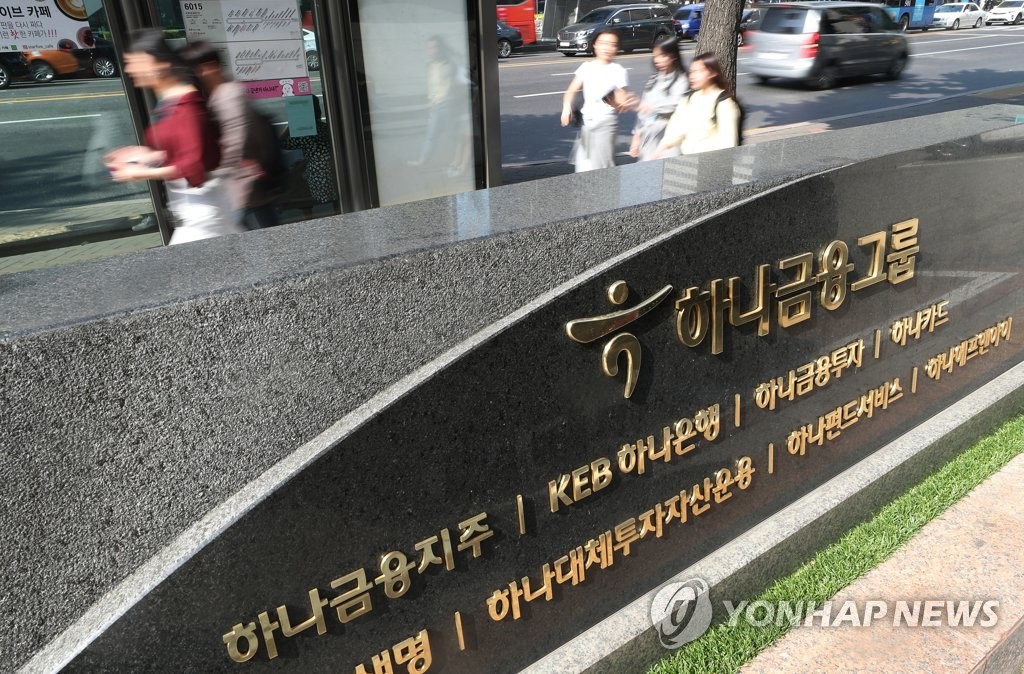 Its interest income and earnings from commission fees rose 0.6 percent on-year to 1.96 trillion won for the first quarter.

Hana Financial said its net interest margin, a key barometer of profitability, stood at 1.62 percent at the end of March, down 0.06 percentage point from the end of December.

Its flagship Hana Bank posted a net profit of 554.6 billion won for the first quarter, up 15.6 percent from a year earlier.

Shares in Hana Financial fell 1.91 percent to 23,150 won on Friday, roughly in line with the broader KOSPI's 1.34 percent loss.