SEOUL, April 24 (Yonhap) -- After more than two months of delay caused by the coronavirus outbreak, the South Korean men's professional football season will kick off on May 8.

The Korea Professional Football League (K League) announced Friday that its top-flight K League 1 and the second-tier K League 2 will both begin their 2020 season on May 8.

The decision was reached during the league's meeting with club representatives in a board meeting at the league headquarters in Seoul. 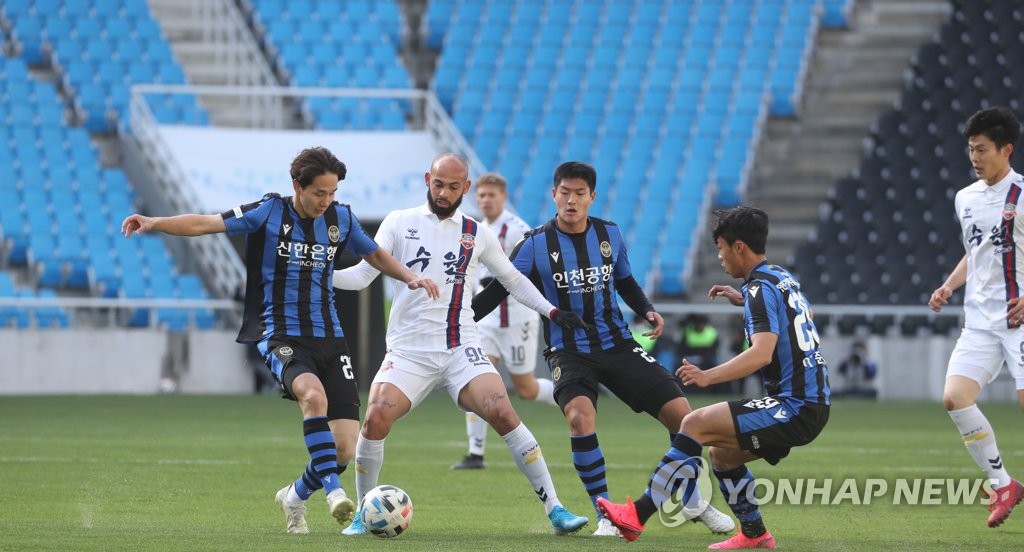 The season was slated to begin on Feb. 29, but the start was postponed five days prior to that date because of the raging coronavirus.

In the K League 1, teams will each play 27 matches, down from the usual 38. They will first play 22 matches and then will be divided into two tiers, the top six getting grouped into Final A and the bottom six falling into Final B. Then teams will play five matches within their group. The last-place team in Final B will be automatically relegated to the K League 2 for 2021.

Thanks to a recent decline in new COVID-19 cases and the government's easing of social distancing guidelines, the K League has been able to move closer to the new season. On Monday, the league announced clubs will now be allowed to play practice matches against one another -- they'd been limited to practices and intrasquad matches since March -- and also introduced safety guidelines for teams and media.

Friday's meeting was only the league's second with team officials since Feb. 24, when the season was postponed. 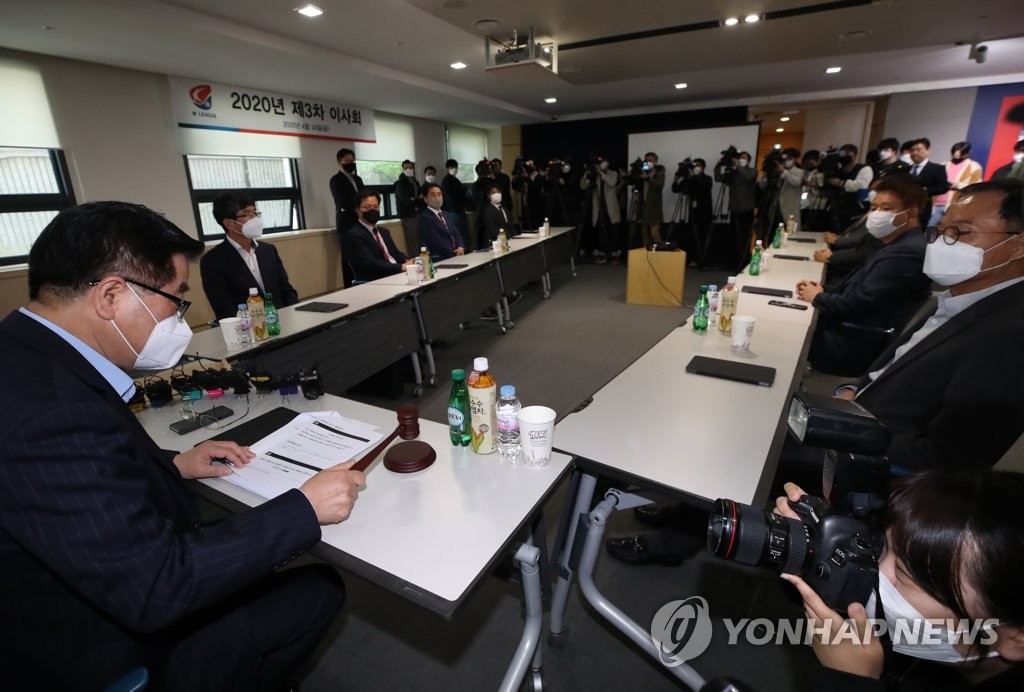 Following its first meeting with team reps on March 30, the K League said playing without fans wasn't an option, because if it wasn't safe enough to have spectators in the stands, then players, coaches and referees would still be vulnerable to infection.

But with the number of new cases staying around single digits of late, the K League felt it could go ahead playing before empty seats. Coaches and other match-day personnel must wear masks, and players are banned from talking to their teammates, opponents or referees during matches.

Pro football season to kick off May 8

Pro football season to kick off May 8