SEOUL, April 24 (Yonhap) -- Actress Kim Hee-ae said Friday that the smash-hit South Korean TV series "The World of the Married," in which she plays the lead role, is a surprise present for her as she did not expect it to be popular.

"When I started this drama, I thought it would not be watched by many people because it's R-rated," she said in an online press conference. "I can't believe that my drama has achieved such big popularity. It's like a miraculous gift for me." 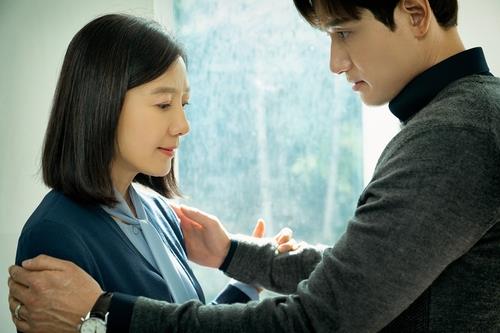 Based on the BBC One TV series "Doctor Foster," which aired in 2015 and 2017, the JTBC series is about a dedicated wife, played by Kim, who finds out about her husband's betrayal and takes revenge against him.

Premiering on March 28, "The World of the Married" saw its viewership ratings reach 20 percent for its eighth episode on Saturday, marking the second-highest percentage won by a JTBC drama series following "Sky Castle" (2018).

The 16-episode Friday-Saturday drama has caught the eyes of Korean viewers with a streak of intense suspense and sensual scenes that are smartly altered from the original story. A whirlwind of emotions and excitement and a cliffhanging love affair storyline have been the talk of the town in South Korea.

"Everything is perfect in our drama. The original BBC series and the dedication of director Mo Wan-il, the screenwriter and other staff members are working in perfect harmony," Kim said. "This perfection has produced the good results, I think."

Kim, who started her acting career in 1983, has won rave reviews for her role in the series. She plays a physician named Ji Sun-woo, who leads a perfectly happy life with a husband and a son but faces a critical situation when she finds out that her husband is having an affair.

The veteran actress said it was difficult to express intense emotions in most scenes throughout the story. She even went through some action scenes including a scuffle with her husband played by Park Hae-joon in the sixth episode.

"All of my scenes in this project require intense and powerful feelings and sentiment," she said. "It was a challenge for me."

She asked more viewers to tune in for the remaining episodes, saying Sun-woo will fall into grave danger in the 12th episode scheduled to air on May 2 and that the episode will be a fresh turning point for the character's life.

"Before shooting that scene, I was afraid of doing it as Sun-woo's emotion peaks and gets pinched," she said. "But all the crew members, including the director, approved of my acting, and I'm satisfied with it. It must be worth watching." 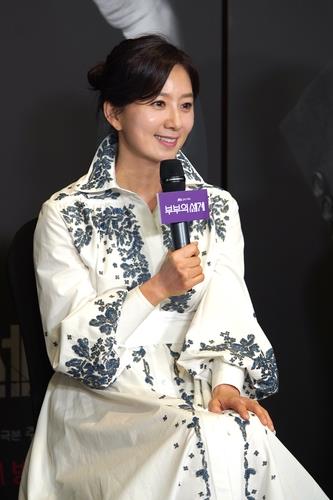