Han Dong-min put the Wyverns on the board with a solo blast in the top of the second inning at Jamsil Stadium in Seoul. Choi Jeong then smacked a solo shot in the eighth, and Kim Chang-pyeong, a light-hitting second baseman with zero career regular season home runs, delivered the knockout punch with a tie-breaking solo homer in the top ninth.

The Wyverns have hit six home runs in two preseason games this week, both of them victories. 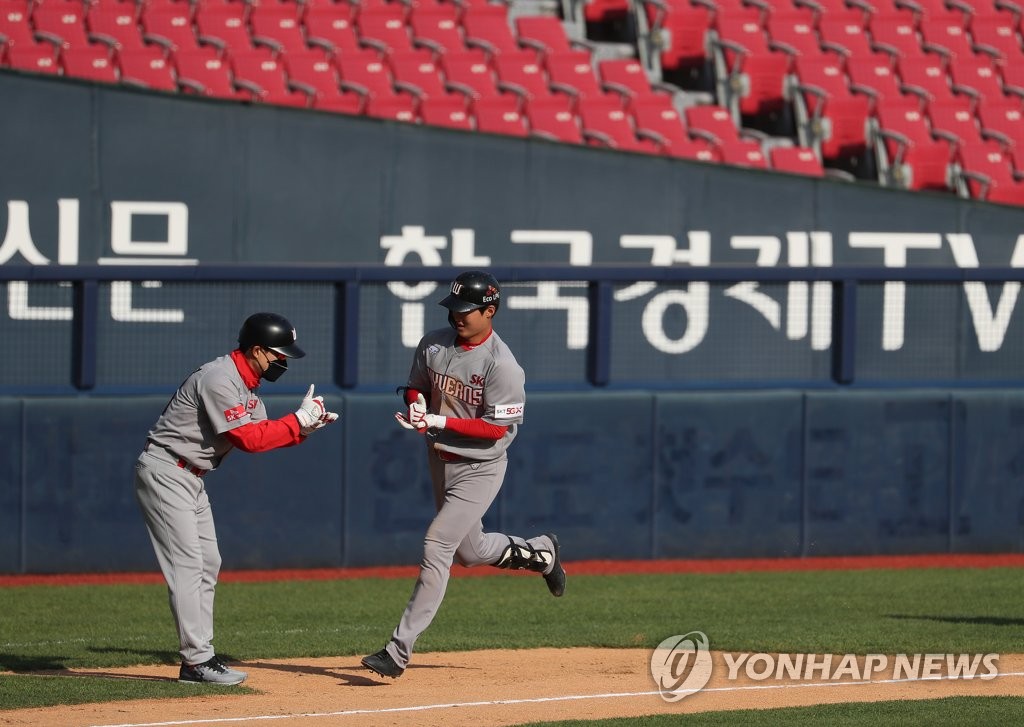 The KBO's regular season will begin on May 5, moved from the original Opening Day of March 28 due to the coronavirus outbreak.

Nick Kingham, named the Wyverns' Opening Day starter before Friday's game, tossed four shutout innings in a no-decision. He was scheduled to pitch up to six innings or make around 90 pitches. Instead, the right-hander was pulled after needing 79 pitches for four innings.

Han's homer opened the scoring for the Wyverns in the second. Kingham made the lead stand while he was on the mound. But reliever Kim Taek-hyoung promptly blew it in the fifth, when Oh Ji-hwan greeted Kim with a leadoff triple and scored the tying run on a groundout by Lee Chun-woong. 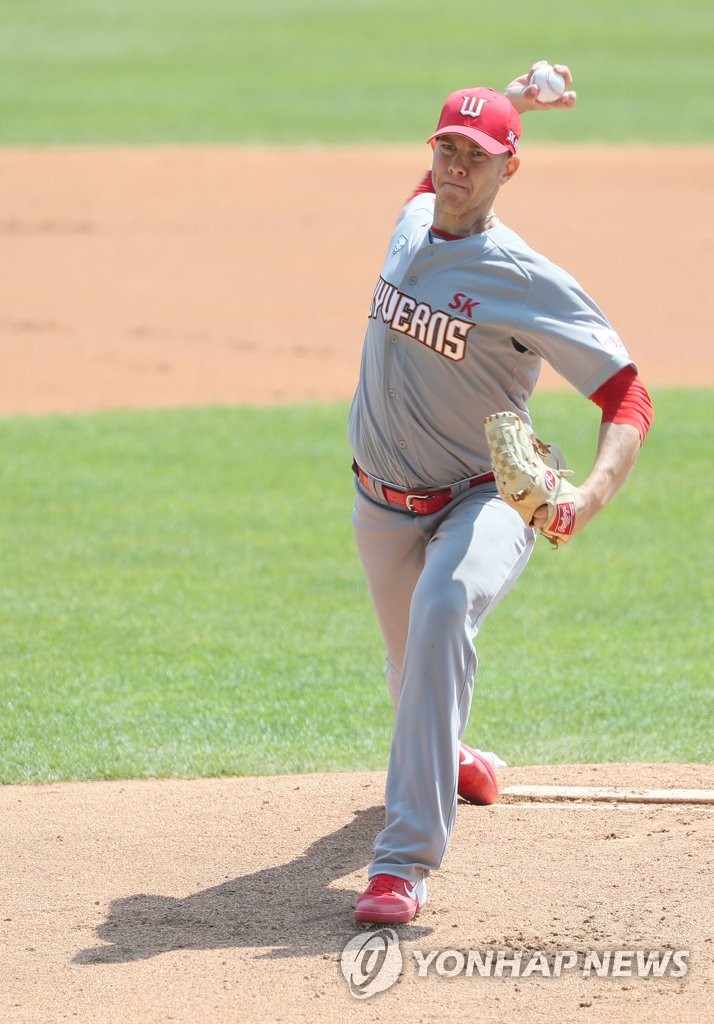 The Twins went ahead in the bottom sixth, thanks to Park Yong-taik's pinch-hit, RBI single that rolled through the hole on the left.

The Wyverns responded right away in the top seventh with Yoon Suk-min coming off the bench for a game-tying single.

And the Wyverns reclaimed the lead at 3-2, as Choi took reliever Jung Woo-young over the left field to lead off the top eighth.

The Twins wouldn't go away, as Gu Bon-hyeok's towering double evened things up again at 3-3.

The Wyverns got the last run the same way they scored the first one -- via a long ball. Kim Chang-pyeong, a 19-year-old infielder who didn't have any homers in 18 games as a rookie last year, jumped on the first pitch from closer Go Woo-suk and sent it just over the right field wall.

The Wyverns have been among the league's top home run-hitting clubs in recent seasons. They set a single-season record with 234 home runs in 2017, and nearly matched that with 233 dingers in 2018. As the de-juiced ball brought offensive numbers down across the league, the Wyverns were limited to 117 home runs last year, but still ranked third in that department. 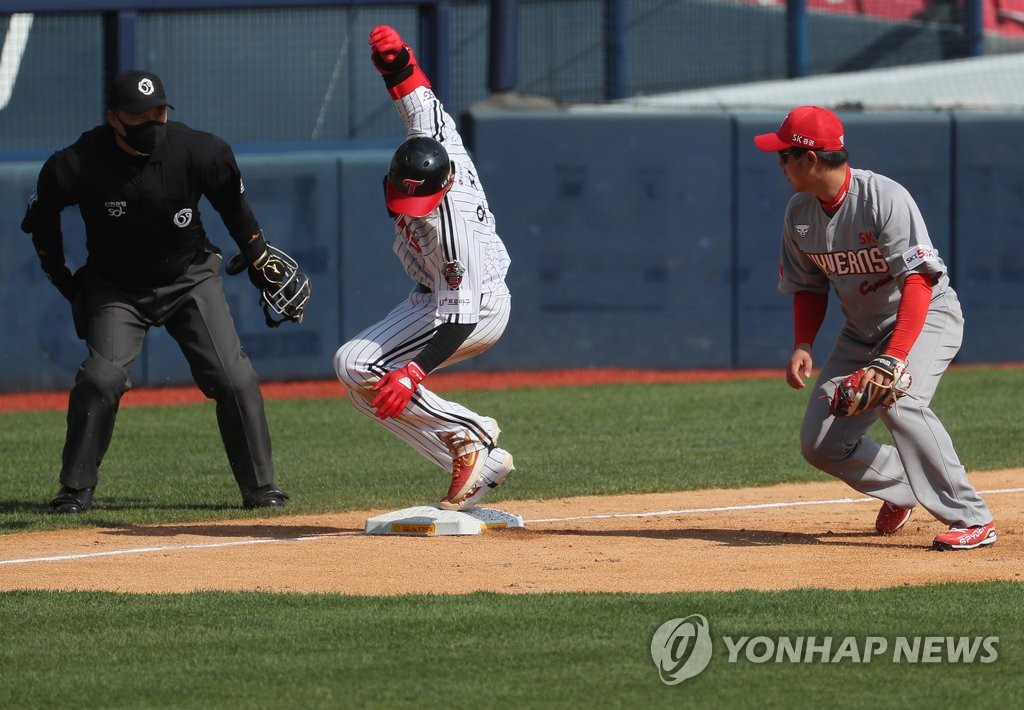