SEOUL, April 25 (Yonhap) -- The number of foreigners arriving in South Korea for short-term stays has plunged over 60 percent since the suspension of visa-free entry earlier this month amid the fight against the coronavirus, the authorities said Saturday.

Effective on April 13, the government halted the visa waiver program for 90 countries, which have restricted South Koreans' trips there.

A daily average of 105 foreigners entered South Korea for short-term stays from April 13-23, down 61 percent from 266 recorded from April 1-12, according to the central disaster and safety countermeasures headquarters.

The number of arrivals of South Koreans here also fell around 27 percent to an average of 2,664 per day, it added.

"We are taking thorough quarantine measures for all entrants," Yoon Tae-ho, an official at the task force, told reporters. "Those without symptoms are self-isolated at home as well for two weeks with a 24-hour surveillance system in place." 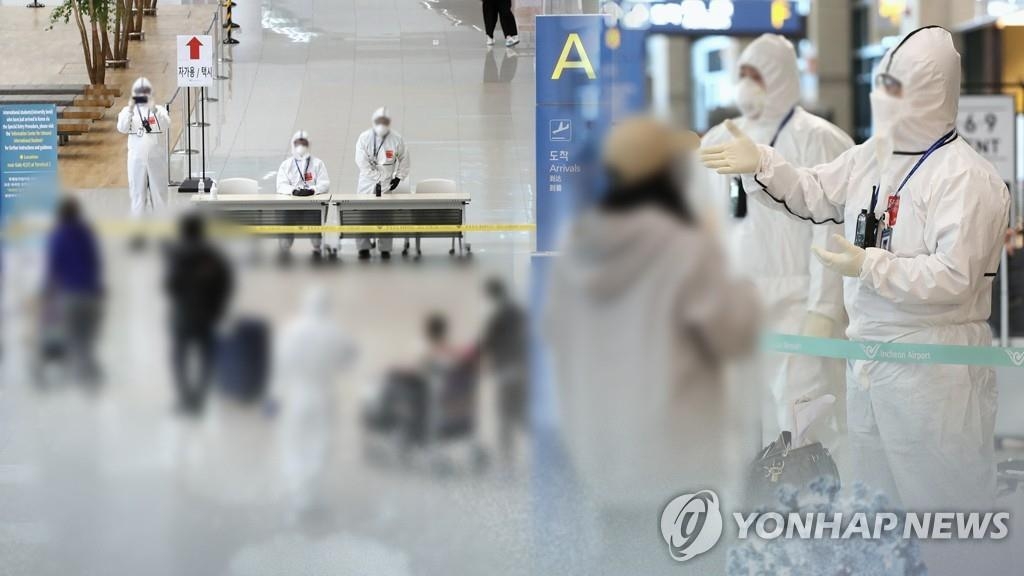