SEOUL, April 26 (Yonhap) -- South Korea reported fewer than 15 new daily infections of the new coronavirus for the eighth day in a row Sunday, with health officials calling for people to comply with social distancing guidelines.

The 10 new cases, which were detected Saturday, brought the nation's total infections to 10,728, according to the Korea Centers for Disease Control and Prevention (KCDC)

South Korea has recorded around 10 or fewer daily new cases since April 18, a sharp drop from the Feb. 29 peak of 909. But health authorities remain on high alert over cluster infections at churches and hospitals, as well as new cases coming from overseas. 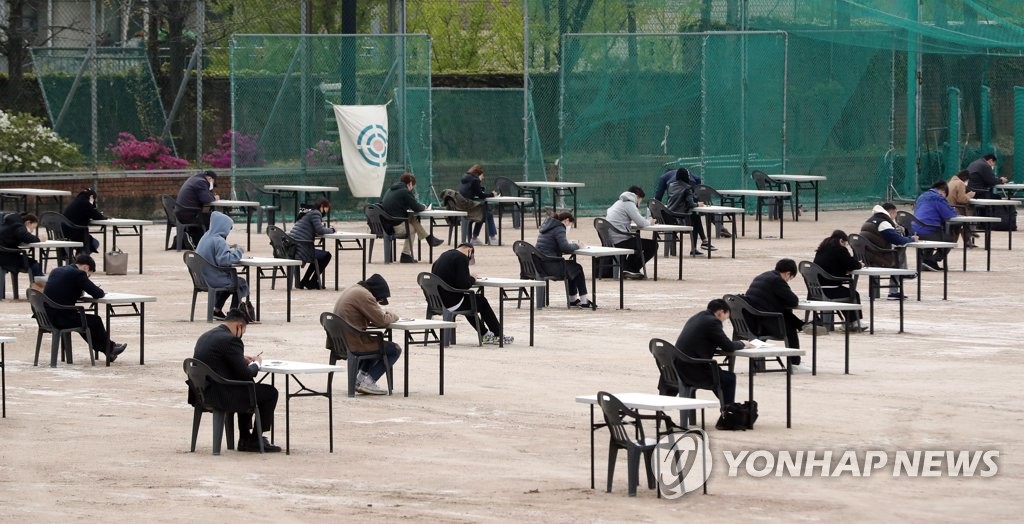 The nation's death toll from the coronavirus, which emerged in China late last year, rose by two to 242, according to the KCDC. In total, 8,717 people in South Korea have recovered from the virus.

"If the current trend of the outbreak continues, the number of quarantined patients is expected to be below 1,000 in around end-May or early June," Health Minister Park Neung-hoo said.

The government has been working on a plan regarding the management of community clinics and hospitals reserved for coronavirus patients in order to reflect the changing situation, he added.

The number of hospitals in charge of virus patients will be reduced in phases from around 7,500 beds to around 2,000, which will allow the authorities to better treat those suffering from other illnesses, according to the authorities.

KCDC Director-General Jeong Eun-kyeong said a total of 263 people who had been declared cured tested positive for the virus again.

Jeong said it has not been confirmed whether the 263 people can spread the virus again.

Vice Health Minister Kim Ganglip, in an interview with Yonhap News Agency, said a loosening attitude on social distancing guidelines is the biggest enemy in combating the coronavirus pandemic, as tens of thousands of people plan to visit the southern resort island of Jeju during the holiday starting later this month.

During the upcoming holiday period between Thursday and May 5, about 180,000 people are estimated to visit Jeju Island, the nation's popular tourist destination with its beaches and ancient volcanic cones, Kim said.

"An increase in outdoor activities could become the kindling for a large-scale transmission," Kim said, urging people to practice social distancing guidelines until May 5. 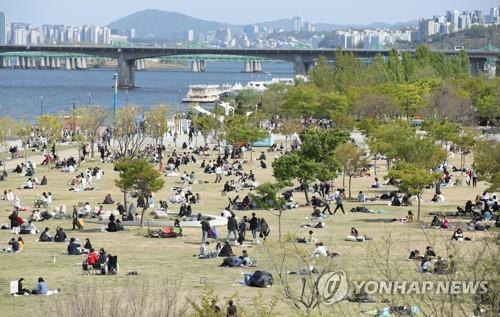