SEJONG, April 26 (Yonhap) -- Loosening attitudes on social-distancing guidelines are the biggest enemy in combating the coronavirus pandemic, Vice Health Minister Kim Ganglip said, as tens of thousands of people plan to visit the southern resort island of Jeju during the holiday starting later this month.

After four weeks of strict social distancing and aggressive testing, South Korea appears to have brought the disease under control, with the nation reporting about 10 or fewer daily new infections for the eighth consecutive day.

During the upcoming holiday period between Thursday and May 5, about 180,000 people are estimated to visit Jeju Island, the nation's popular tourist destination with its beaches and ancient volcanic cones, Kim said in an interview with Yonhap News Agency on Saturday.

"An increase in outdoor activities could become the kindling for a large-scale transmission," Kim said, urging people to practice social-distancing guidelines until May 5. 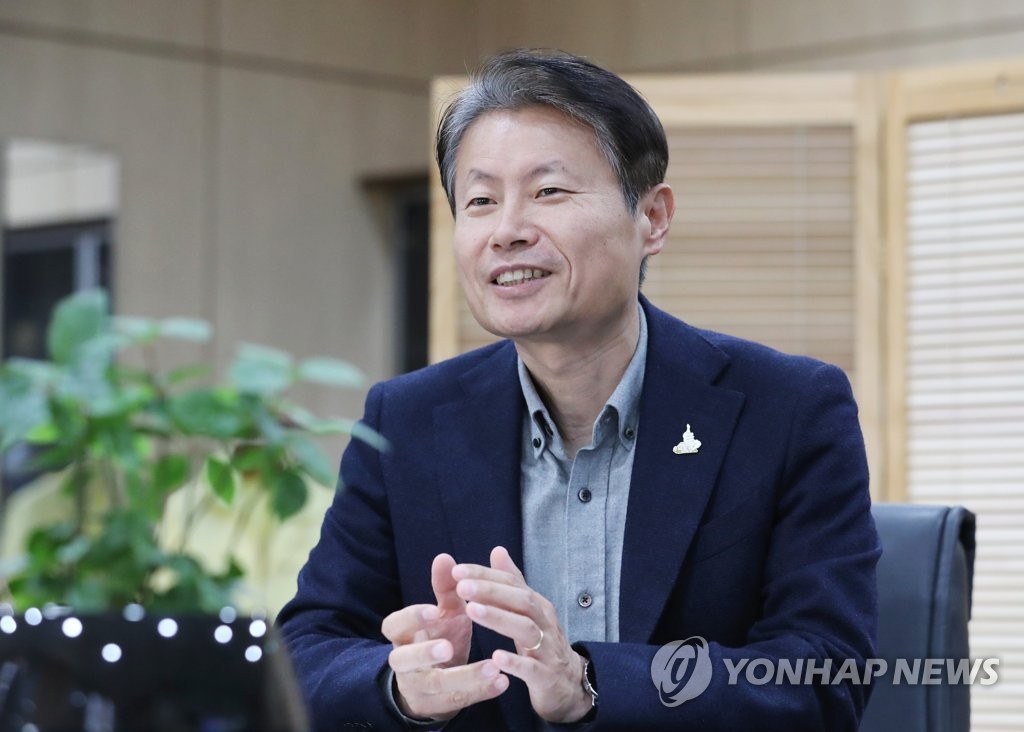 South Korea saw hundreds of daily new infections in late February and early March, but its coronavirus infection curve was flattened by aggressive testing and tracking people who came into contact with known patients.

Kim said there is a possibility that a new wave of mass transmission of the new coronavirus because there is no vaccine yet.

South Korea is drawing up measures to cope with the possibility in Seoul and its neighboring areas, home to about 25 million people, Kim said.

Citing reports from health experts, Kim said scientists could develop a coronavirus vaccine as early as in the first half of next year.

"People must face up to the situation," Kim said.

Last week, South Korea said it will shorten an approval process later this month for clinical trials and research for experimental vaccines and treatment to combat the novel coronavirus.

A total of 30 research projects, including 10 projects for a coronavirus vaccine, have been under way in South Korea, with some scientists experimenting with antiviral drugs developed for other diseases.

Scientists worldwide are scrambling to find a vaccine against the highly contagious disease, which originated in China, but many agree that making an effective vaccine is not an easy task.

Unlike other nations, South Korea has not enforced lockdown measures that crippled economic activities.

Kim said South Korea was able to flatten the infection curve, thanks to voluntary participation by people in social distancing and sacrifice by medical workers.

Since the nation introduced stricter social-distancing guidelines in mid-March, people's mobility rate had plunged by some 45 percent at one point, Kim said.