Monday's ceremony, which took place at South Korea's northernmost train station of Jejin on the east coast, was aimed at renewing Seoul's commitment to push for railway reconnection and other agreed-upon inter-Korean exchanges. 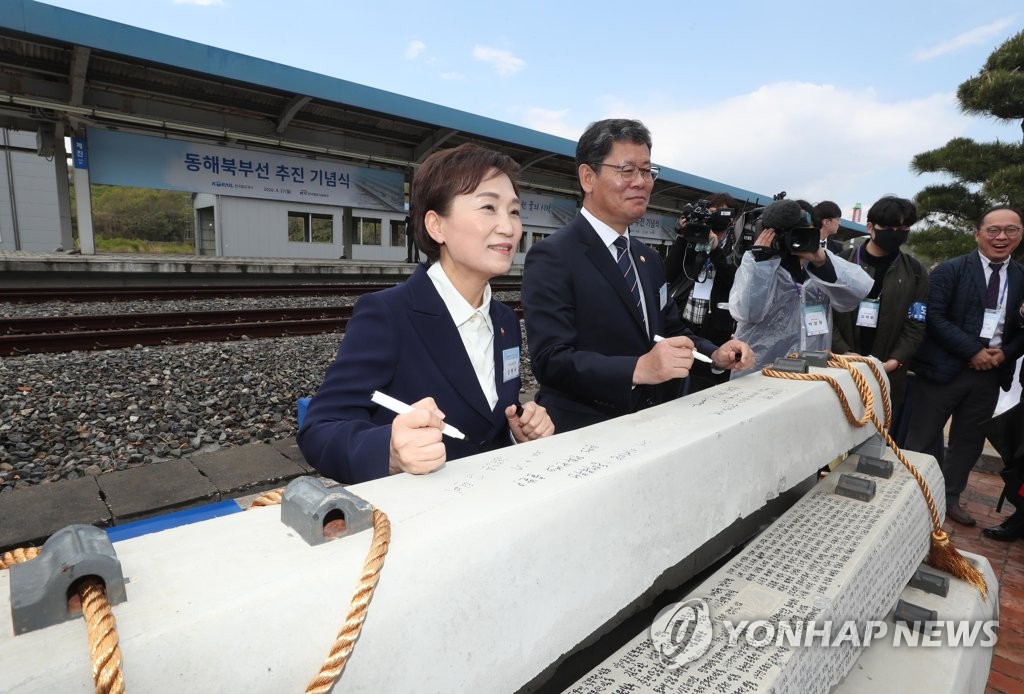 "This project will not only contribute to balanced national development but preparation for inter-Korean railway cooperation down the road as well," Transportation Minister Kim Hyun-mee told a ceremony held in the eastern border town of Goseong to announce the official start of the project.

"We plan to complete our master plan by year's end and carry out things in a speedy manner with an aim to start construction late next year," she added.

Unification Minister Kim Yeon-chul also called the project the "Korean Peninsula New Deal," which would inject stimulus into the local economy, saying it would open the "era of the East Sea" by helping build a "pan-East Sea economic block." 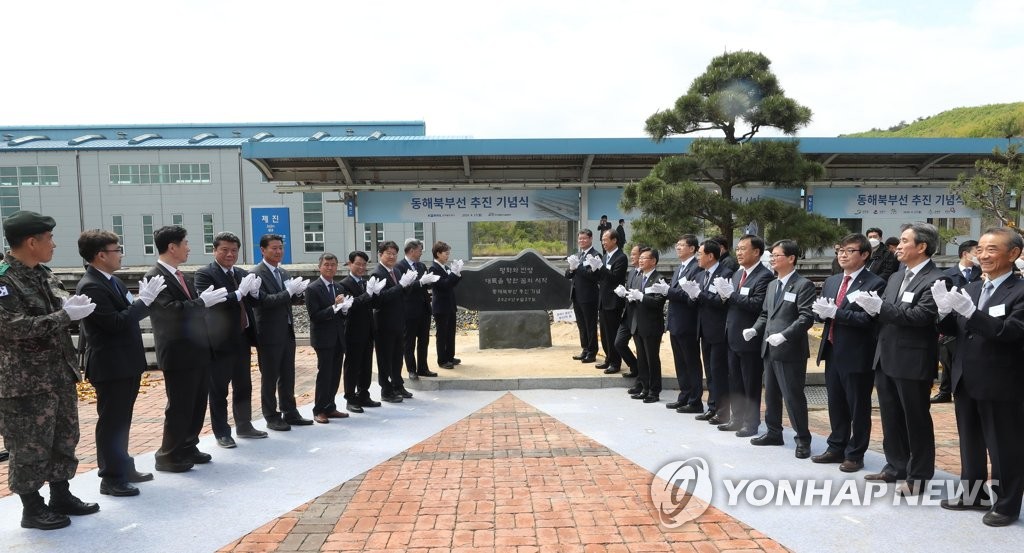 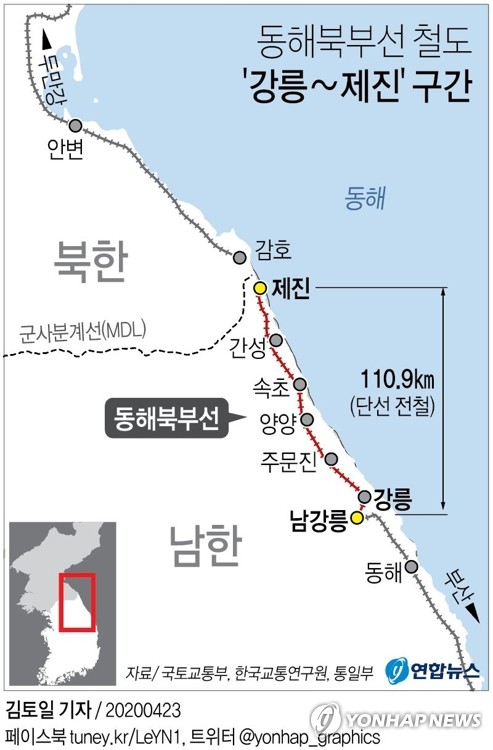