SEOUL, April 27 (Yonhap) -- Lineup protection in baseball -- an idea that a batter will get good pitches to hit because the pitcher would rather not walk him with a strong hitter coming up next -- may be little more than a myth in the analytics community.

Numbers aside, though, Kiwoom Heroes' cleanup hitter Park Byung-ho is convinced that he was being protected by having fellow bopper Jerry Sands bat fifth during the 2019 Korea Baseball Organization (KBO) season.

Park, one of the KBO's most feared sluggers, led the league last year with 33 home runs, and Sands topped everyone with 113 RBIs while adding 28 dingers himself. 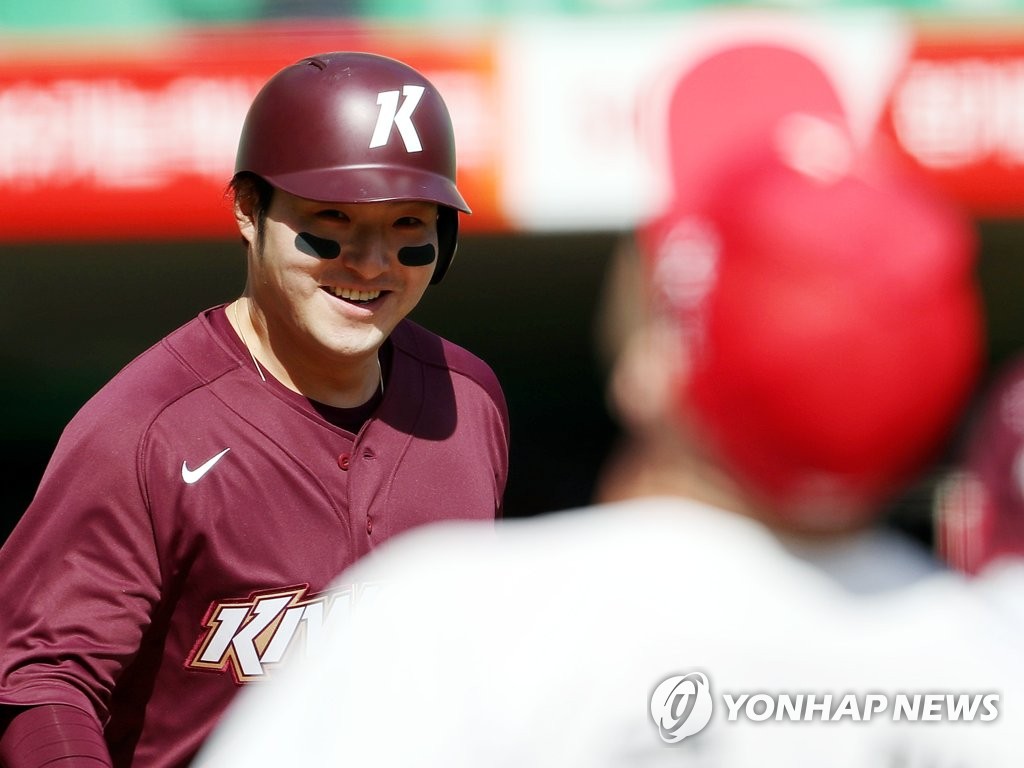 But Sands is no longer with the Heroes, having signed with the Hanshin Tigers in Japan. Taking his spot in the lineup will be Taylor Motter, more of a defense-first infielder who isn't expected to offer as much power as Sands.

Park, a one-time Minnesota Twin, will likely have a rotating cast of teammates batting fifth this season, and he'll get pitched around more often than before.

After his practice Sunday afternoon, Park said whoever hits behind him, he'll have full trust in the new face.

"Having Sands behind me definitely had positive effects," Park told reporters at Gocheok Sky Dome in Seoul. "I don't know who's going to be batting fifth. But if I have to take a walk, I'll take a walk and trust that the guy behind me will get the job done."

The top of the Heroes' order is as lethal as they come. They have two of the league's best contact hitters, Seo Geon-chang and Lee Jung-hoo, plus hard-hitting shortstop Kim Ha-seong hitting in front of Park, a perennial 30-homer threat. Not having Sands' power follow up these four will probably hurt the Heroes' run production, but Park said the damage will be minimal.

"We'll probably miss Sands' power and his ability to knock in runs, but I am sure Motter's defense and speed will help the team too," Park said. "And if we can take care of little things like baserunning, we'll be just fine (without Sands). I think our young guys will also step up."

Park, who rarely talks about statistical goals for himself, will make an exception this season. He said he was disappointed not to reach the 100-RBI plateau, as he finished with 98 to snap a streak of five consecutive seasons with at least 100. Park did miss 22 games with injuries

"When I first got to 100 RBIs (in 2012), I like the way those three digits filled up the scoreboard," Park said. "This year, I don't want to have another disappointment in the RBI department." 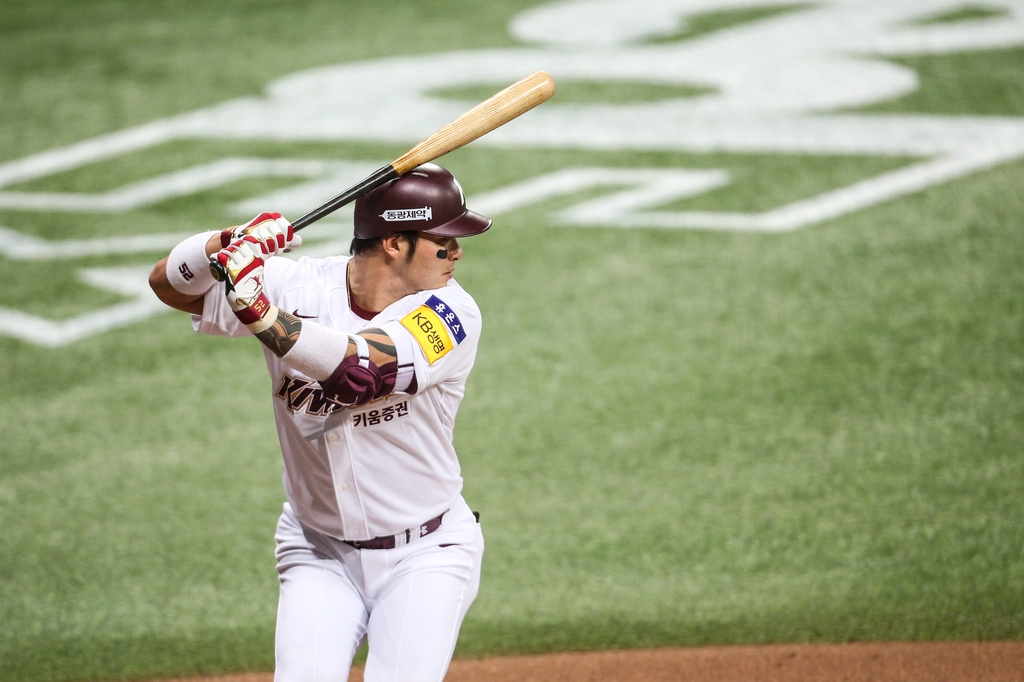