The quake occurred at 11:07 a.m., 17 kilometers north of Jangsu in North Jeolla Province, at a depth of 6 km, according to the KMA.

The epicenter was at 35.80 degrees north latitude and 127.53 degrees east longitude, the agency said.

"The earthquake was felt in the areas near the epicenter," the agency said, asking residents to stay alert. 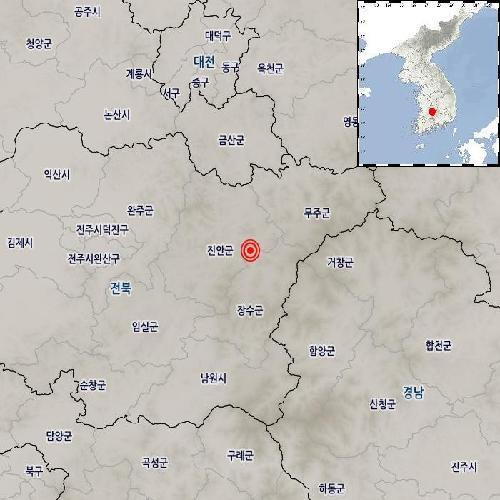