The military authorities of the two Koreas have regular telephone calls twice a day at 9 a.m. and 4 p.m. via their eastern and western communication lines. The hotlines, which had been cut off for years, were restored in 2018 in line with the April 27 inter-Korean summit agreement.

Moon and Kim held three summits in 2018 and agreed on a series of measures to improve cross-border relations, but little progress has been made since the second summit between Kim and U.S. President Donald Trump collapsed without a deal in February last year.

One of the joint projects the two sides agreed on was an excavation project on Arrowhead Ridge, a former battle site inside the Demilitarized Zone separating the two Koreas, but South Korea resumed the project alone last week as Pyongyang remained unresponsive to calls for joint work.

Choi said she had no updates on the North's response regarding the project.

The defense ministry has said it will continue efforts to draw a response from Pyongyang regarding the project. 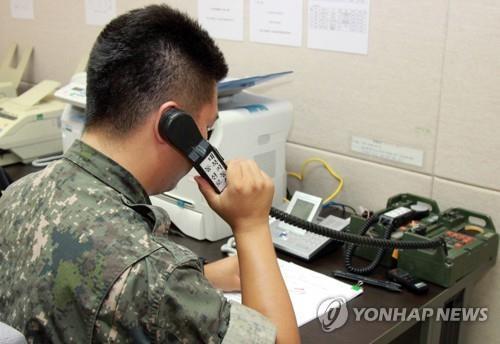