SEOUL, April 27 (Yonhap) -- Kim Hyo-jin, who teaches physical education at universities in Seoul, is one of the country's 50 million people whose life has changed with the coronavirus pandemic.

Kim, a self-proclaimed digital novice, had to film and upload virtual classes as universities shut down and shifted to online teaching amid the COVID-19 outbreak that has infected more than 10,000 here.

While some lectures, like an hourlong nutrition class, took just over an hour to film, classes like fitness workouts that involve physical demonstrations took three or four times longer to make as she had to pause in between video shoots and later edit them altogether.

"I'm definitely not a YouTuber for sure, and I'm even not on social media," she said. "But the pandemic pushed me to film and edit clips for online classes for the first time in my life." 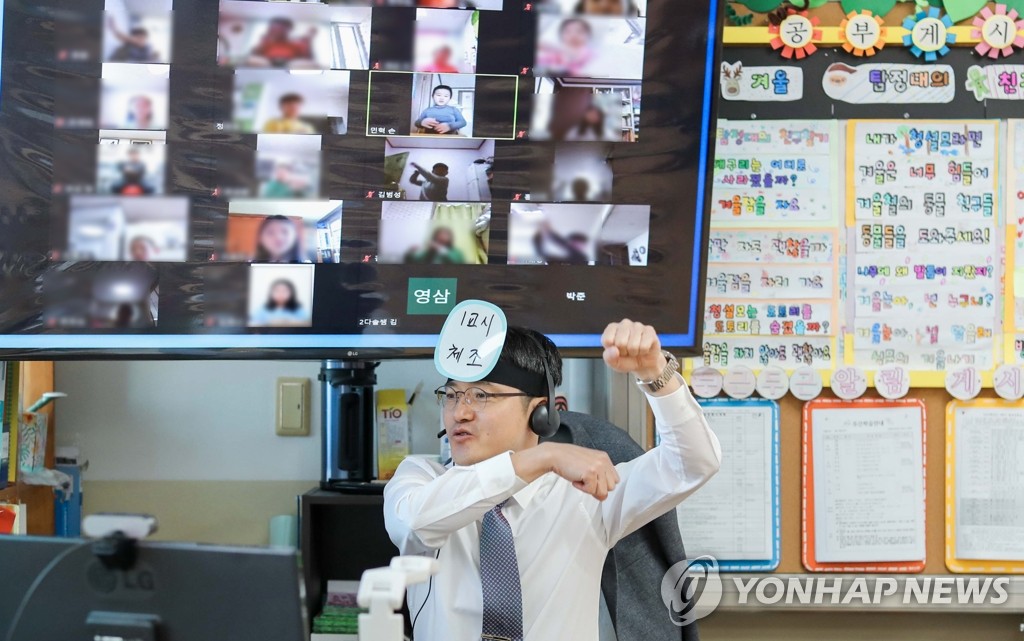 Three months into the coronavirus pandemic, South Koreans have gone through unprecedented changes in everyday life as they stay at home and keep a distance from each other to fight the contagious virus.

In the past 100 days, people have been wearing face masks and staying indoors in line with the government's social distancing campaign. Weddings were postponed, and first birthday parties, a key milestone in South Korea, were called off.

YouTube became the new social arena as people watched films and gigs there as movie theaters and concert halls were shuttered. Sunday services and workouts were streamed as churches and gyms also closed.

As schools shut down and postponing the new term no longer became feasible, elementary, middle and high schools, as well as universities, turned to digital teaching tools for online classes.

"This is the first time in South Korea's history of 70-year education that a semester has started off online," Education Minister Yoo Eun-hae said April 9 when seniors at middle and high schools began school online.

"It's a road that has not been walked and a new challenge," Yoo said. 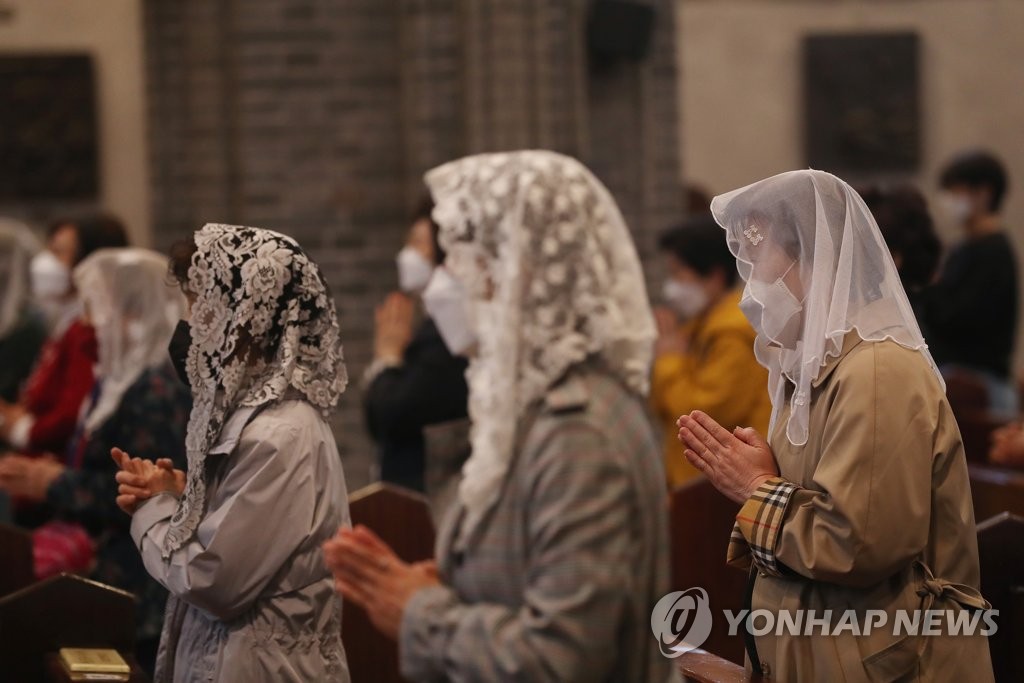 With the exception of a few industries and smaller companies, a majority of large companies experimented with remote working and flexible working hour schemes to minimize risk of infections at work.

A recent survey by education platform firm Hunet showed that 6 out of 10 office workers experienced remote working, with around 83 percent saying it was according to their company policy.

A lot of these changes, however, are somewhat expected to return to normal in the coming weeks as new infections have sharply declined.

Daily new infections, which peaked at 909 on Feb. 29, have remained at around 10 in the past few days and the government's social distancing campaign is expected to end on May 5, unless an additional extension is announced. 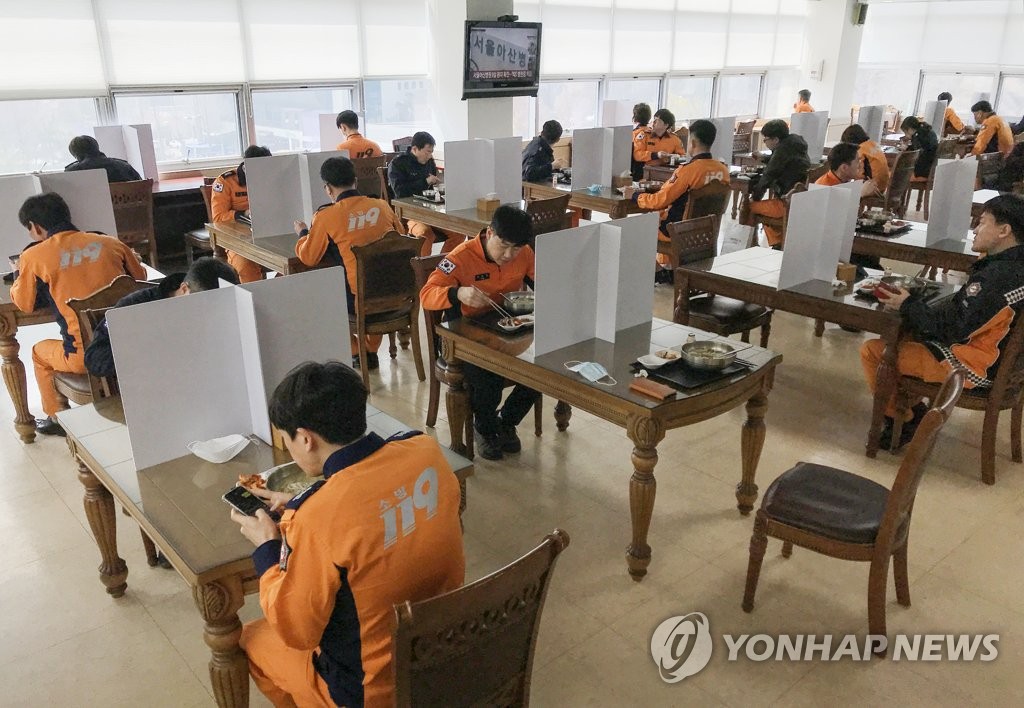 But even after face masks and intensive social distancing is gone, the experience of living a "zero contact" life is expected to stay.

"I think management in Korea tend to think that working from home leads to reduced inefficiency and people slacking at home. It was definitely not an option when business was usual," said a 34-year-old office worker who took turns working from home.

"But with the coronavirus, my company had to install a remote working system. There was no other option. In the end, I think everyone is satisfied. Even if we won't do it every day (after the pandemic), we know there is an option," he said.

The Hunet survey also showed that on a 5-point scale, those who experienced remote working gave 3.8 points on their level of satisfaction.

Nearly half of them said their workload remained pretty much the same, while 29 percent answered the thin line between working and resting increased their workload. Only around 19 percent said they worked less. 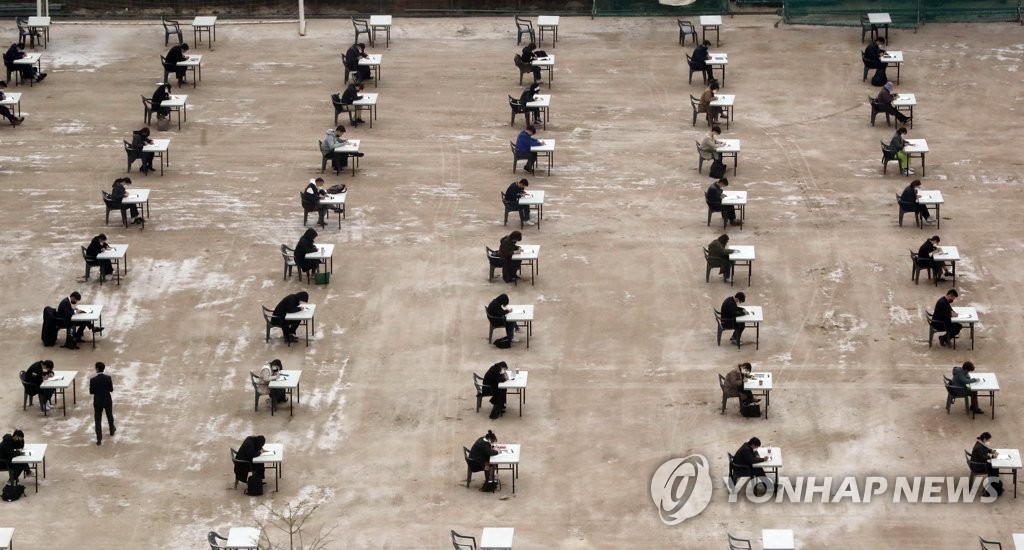 Officials also acknowledge there is no going back and that these experiences can actually become a way forward.

"Online classes will be a change that will help move education forward. ... There can be trial and error, but the process and experience will become our asset," the education minister said.

"There will be tremendous economic and social changes in the 'post-coronavirus' era. ... We need to actively foster digital-based zero-contact industries using technologies like big data, network and artificial intelligence," Choi said on April 16.

For Kim, the lecturer, she plans to use her new-learned skill strategically.

"Teaching theories online is much more effective, while classes that involve working out is better the old way," she said. "I hope to make the best out of the pros and cons."