SEOUL, April 27 (Yonhap) -- A professor of the Air Force Academy is under investigation over allegations that he used violence against students during flight classes over the past several years, officials said Monday.

The professor, a retired Air Force officer who has served as a flight instructor at the academy, is suspected of physically and verbally abusing several cadets if he thought they did not do well enough during flight training, according to the officials.

Officials launched a probe earlier this month and confirmed some of the suspicions, they added.

Other details, including how many cadets had suffered from the abuse, are not immediately available, though the professor is known to have taught about 10 cadets so far.

"We've extended investigations to see if there are any similar cases in other training rings," an Air Force officer said. "We will sternly deal with the case in accordance with the law." 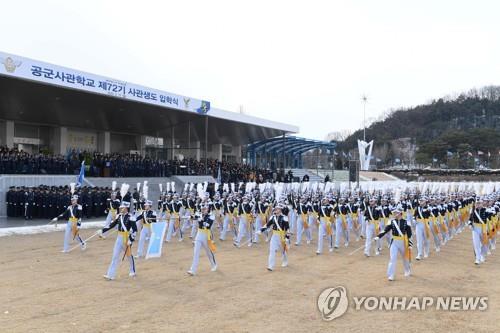