SEOUL, April 27 (Yonhap) -- The number of Catholics in South Korea rose slightly last year as the religion has experienced a slowdown in its growth in recent years, data showed Monday.

According to the data by the Catholic Bishops' Conference of Korea, 5.91 million South Koreans were registered with 16 dioceses in the country as of end 2019, up 0.8 percent, or 48,000, from a year earlier.

The on-year growth has been hovering around 1 percent for the past decade and dropped to a 0.9 percent gain in 2018. Only in 2014, when Pope Francis visited the country, the South Korean Catholic Church saw its believers increase 2.2 percent from a year ago.

By age, 20.5 percent of the total Catholics were 65 years old or older last year, while those aged 19 or younger took up 8.5 percent.

A decade ago, the percentage of senior believers was 14.4 percent and that of teenagers was 13.2 percent.

The data also showed that there were 5,522 Catholic priests at the end of last year, including two cardinals and 40 bishops, up 92 from the previous year.

There are 1,756 parishes, referring to a church with a priest in residence, in South Korea, up nine from a year earlier. 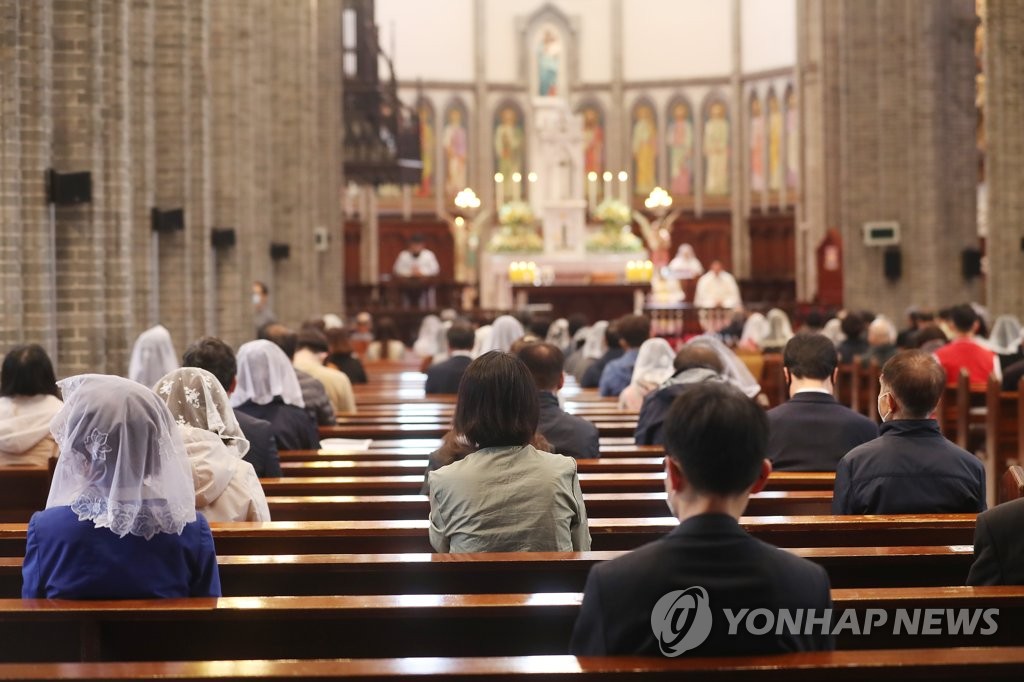