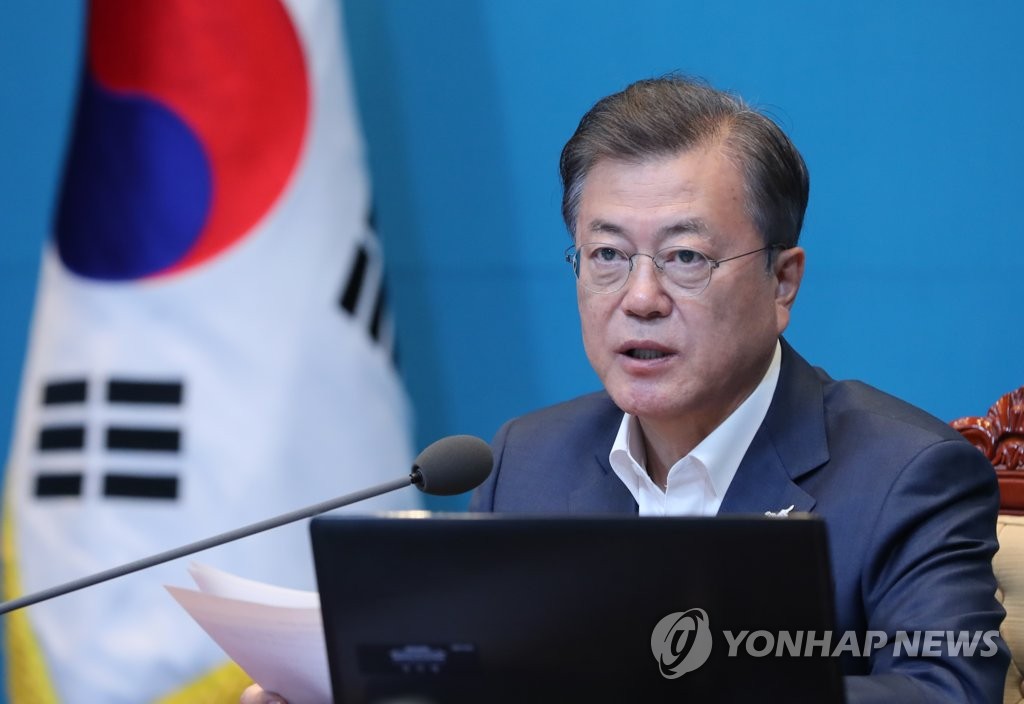 The Moon administration spent most of last year waiting for a tangible outcome from Pyongyang-Washington dialogue, to no avail.

Moon's remarks reflect his resolve to get inter-Korean cooperation back on track and help move forward nuclear negotiations, though it depends on the unpredictable communist neighbor's attitude.

He recalled the moment of briefly stepping over the Military Demarcation Line into the North together with Kim two years earlier. Their first-ever summit took place at the DMZ truce village of Panmunjom, leading to a joint statement on a concerted campaign to bring lasting peace on the peninsula.

Moon also reaffirmed a push to turn the DMZ into a global peace zone, noting that this year marks the 70th anniversary of the outbreak of the Korean War.

He made no comments on media-driven speculation that the North Korean leader, who has gone out of public view for more than two weeks, seems to be critically ill.