SEOUL, April 27 (Yonhap) -- Some 47.5 percent of South Korean workers saw their income fall due to the coronavirus outbreak that has infected more than 10,000 here, a survey showed Monday.

Among those on temporary work contracts, 66.3 percent suffered an income loss, while the corresponding figure was 35 percent for permanent employees, according to the survey of 1,000 workers conducted by labor rights groups Gabjil 119 and Public Workers Solidarity Foundation.

The survey showed that low-income workers in service industries were more vulnerable to income loss.

Some 70.2 percent of those whose salary is below 1.5 million won (US$1,222) said their income declined, while 66.9 percent who work in service industries also suffered an income loss. The figure for office workers was lower at 35.4 percent.

"This shows which groups are more seriously affected by the social crisis stemming from the COVID-19 pandemic," said Gabjil 119's Oh Jin-ho, noting the stark contrast between different types of workers.

The survey showed that 5.5 percent lost their jobs due to the pandemic. Some 12.3 percent said they went through salary cuts or returned part of their income.

Meanwhile, the survey showed that bleak circumstances took a toll on mental health.

Some 25.9 percent of respondents said they felt very anxious, while 12.6 percent said they were depressed. In both categories, temporary and low-income employees were more likely to report such symptoms.

More than half of respondents expect their workplaces to further suffer from the virus. Some 17.8 percent expected layoffs or job restructuring, while 16.9 percent and 12.3 percent said a pay cut and unfavorable employment contracts are likely.

The survey of workers aged 19 to 55 was carried out between April 14-19 by research agency Embrain Public on behalf of Gabjil 119 and Public Workers Solidarity Foundation. It had a margin of error of 3.1 percentage points at a 95 percent confidence level. 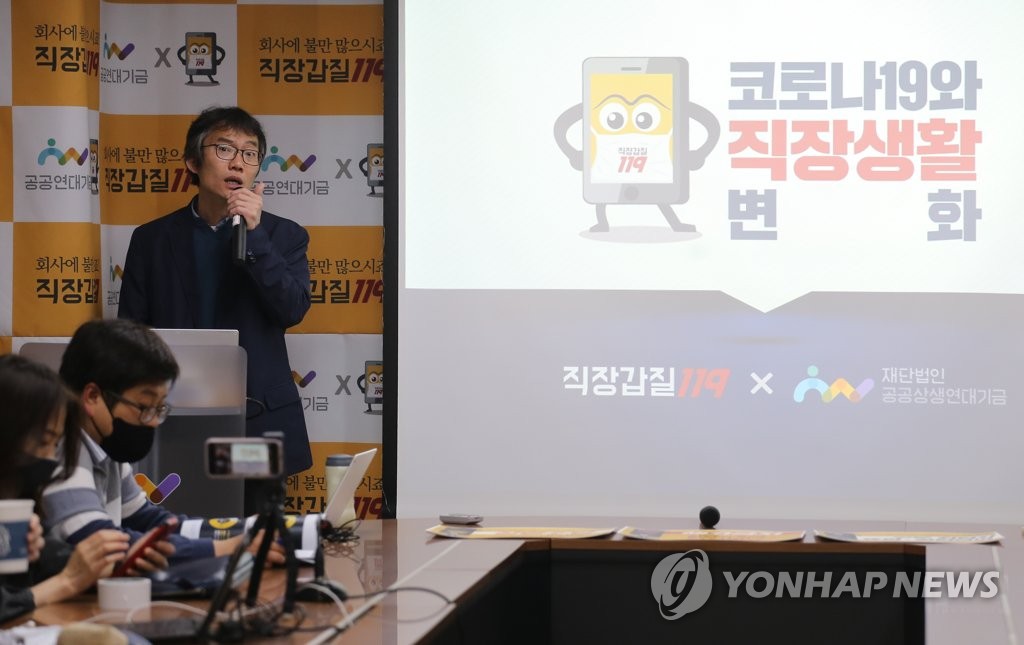