SEOUL, April 27 (Yonhap) -- Chinese Ambassador to South Korea Xing Haiming said Monday he will try to bring into force as early as May "fast-track" entry for South Korean businesspeople into China in exception to current entry restrictions over the coronavirus.

His remark comes as Seoul and Beijing are discussing details to create the special entry system for businesspeople to minimize the fallout caused by entry curbs in place due to the COVID-19 pandemic.

"We talked about the fast-track. We agreed to reach a deal quickly, and I believe we will be able to do so soon," Xing told reporters after meeting with his South Korean counterpart, Kim Gunn, of the foreign ministry in Seoul.

When asked if the fast-track system will be able to kick off in May, Xing said: "We should work to make that happen. We'll work to make (them) enter (China) quickly."

South Korea and China agreed to form the framework for expedited entries for businesspeople during video talks between Vice Foreign Minister Cho Sei-young and his Chinese counterpart, Le Yucheng, earlier this month.

China's foreign ministry spokesperson, Geng Shuang, also confirmed last week that the process was under way for the fast-track entry system with Seoul, with possibly granting Korean businesspeople an exemption from the 14-day mandatory self-isolation.

Seoul officials said earlier that Seoul wants Beijing to allow Korean businesspeople to freely move in any part of China once they prove in documents they are virus negative. But Beijing has apparently maintained that they be first allowed to travel in several parts of China on a trial basis.

Beijing has effectively put out a blanket ban on the entry of foreigners to prevent the inflow of the virus from overseas. Since April, Seoul has required all international arrivals to self-isolate themselves for two weeks regardless of whether they show symptoms.

Meanwhile, on the issue of Chinese President Xi Jinping's potential visit to South Korea, the ambassador said the two sides will continue consultations so that the visit can take place at "an appropriate time."

"We consider President Xi's visit to Korea as very important," he said. "We will keep discussing the matter through diplomatic channels." 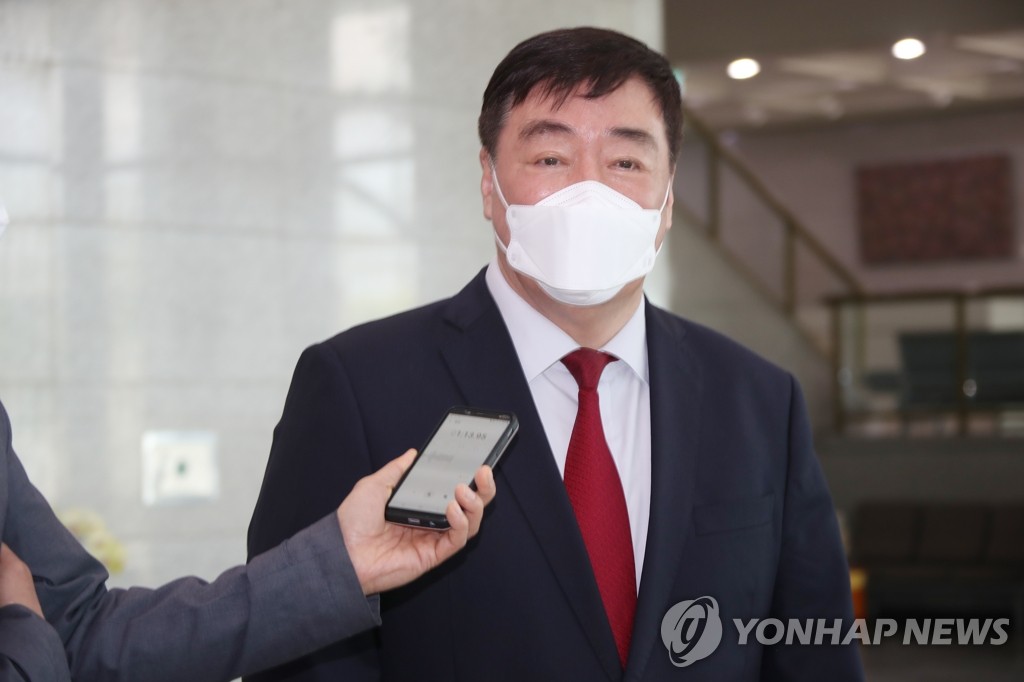