For the January-March quarter, net losses deepened to 227 billion won (US$185 million) from a loss of 102.6 billion won a year earlier, the company said in a regulatory filing.

Samsung Heavy said the won's weakness against the U.S. dollar drove up the evaluation losses from its forward exchange contracts meant to resell five drill ships. 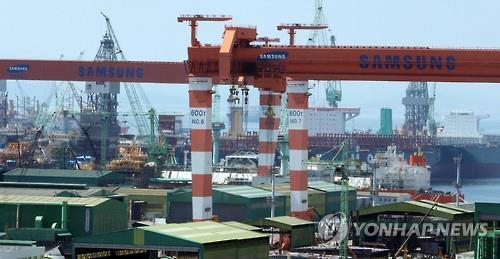 Operating losses widened to 47.8 billion won from a loss of 33.3 billion over the cited period, and sales jumped 25.3 percent on-year to reach 1.82 trillion won, it said.

With the latest deal, Samsung Heavy has won orders worth $5 billion for five vessels so far this year, achieving 5.9 percent of its annual order target of $8.4 billion.