SEOUL, April 27 (Yonhap) -- Renault Samsung Motors Corp., the South Korean unit of Renault S.A., said Monday it will suspend its sole plant for 11 days, as the coronavirus outbreak has affected production and sales.

Renault Samsung will halt operations at its plant in Busan, 453 kilometers southeast of Seoul, from Thursday through May 8 "to give an extended holiday to its employees in the family month," a company spokesman said.

The carmaker stopped the Busan plant for four days in February due to lack of parts from its Chinese suppliers as the COVID-19 outbreak hit supply chains.

This month, the company's 1,700-member union voted to accept a wage freeze and cash bonuses of 8.88 million won (US$7,320) per person for 2019. The company and the union agreed to make joint efforts to weather the impact of the virus outbreak on the automobile industry.

French auto giant Renault has an 80 percent stake in the car producer. 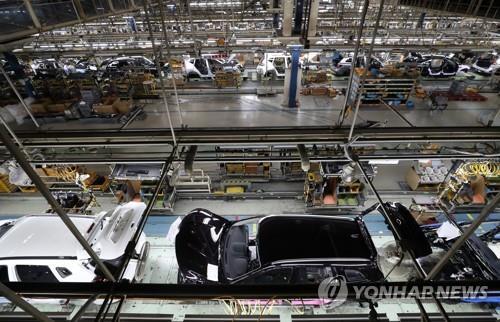 Renault Samsung to suspend plant for 11 days on virus impact

Renault Samsung to suspend plant for 11 days on virus impact