NEW DELHI/HONGSEONG, South Korea, April 27 (Yonhap) -- A body believed to be of a member of a South Korean trekking group that went missing in a deadly avalanche in Annapurna, Nepal, in January has been discovered by Nepalese authorities, officials said Monday.

According to diplomatic sources and trekkers in Nepal, local residents and Nepalese military personnel who have been searching the accident scene have found part of a body in melting snow.

The search workers combed the snow-covered area and found a body, covered in ice and snow, the sources said. The authorities were working to retrieve the frozen body out of the snow mass, but torrential rain and the harsh climate were impeding the efforts, according to the sources.

The local search workers confirmed that the body belongs to a South Korean man and are presuming he is one of the three members of the South Korean trekking team who are still missing. 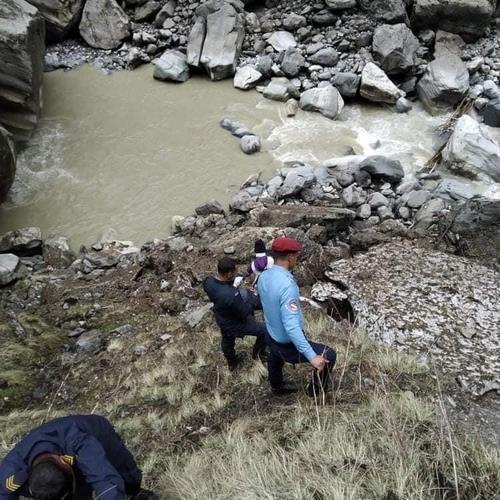