Cheongung, the first indigenously developed mid-range surface-to-air guided missile, is capable of striking a hostile aircraft at an altitude of up to 40 kilometers.

Dubbed the "Korean Patriot," the system has been deployed since 2015, after the Agency of the Defense Development completed its development in 2011, according to the Defense Acquisition Program Administration.

"We have built a foundation to protect our sky with a weapons system that we have developed," the administration chief Wang Jung-hong said.

"By succeeding in developing a system to intercept ballistic missiles based on the radar technology additionally secured in the process of developing Cheongung, we have established a base to build a Korean-style missile defense system," he said. 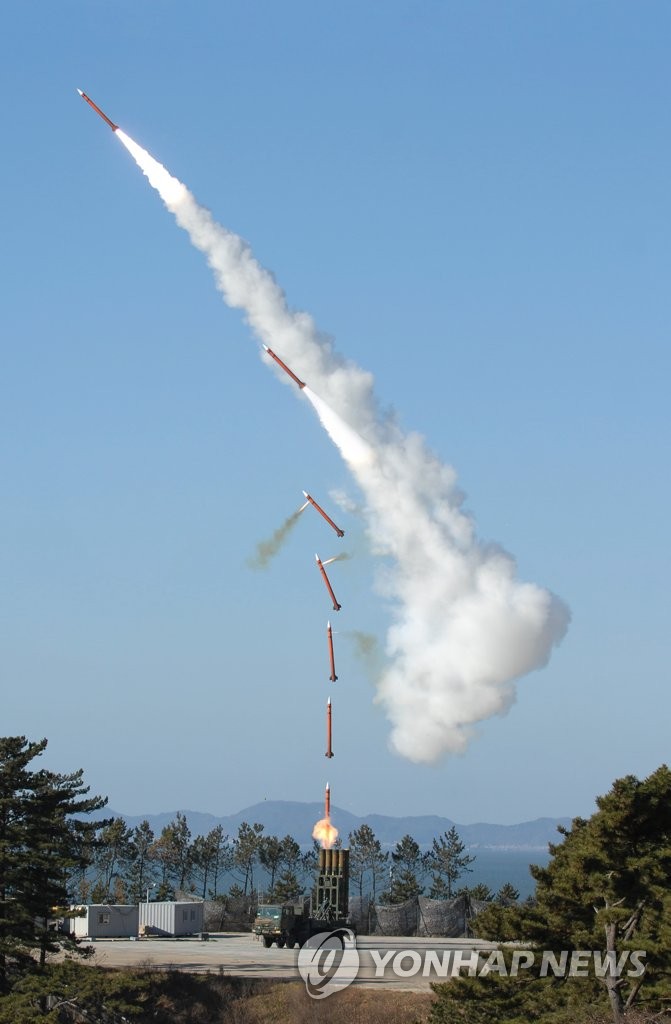