Kim Jong-un has stayed out of public view for about two weeks since he was last seen in a political bureau meeting of the ruling Workers' Party on April 11, but North Korean media outlets have reported on his daily routine schedule, according to the minister.

"North Korean media outlets have put out reports related to Chairman Kim's work since his attendance of a politburo meeting, suggesting that he has been carrying out state affairs in a normal way," he told lawmakers.

North Korean state media have recently carried reports on Kim's schedule, such as sending diplomatic letters and conveying gifts to honored citizens, but they have not provided information on Kim's whereabouts or health conditions.

Speculation about Kim's health has spread since he apparently skipped an annual visit to the Kumsusan Palace of the Sun on the occasion of the April 15 birthday of the late founder and his grandfather Kim Il-sung. 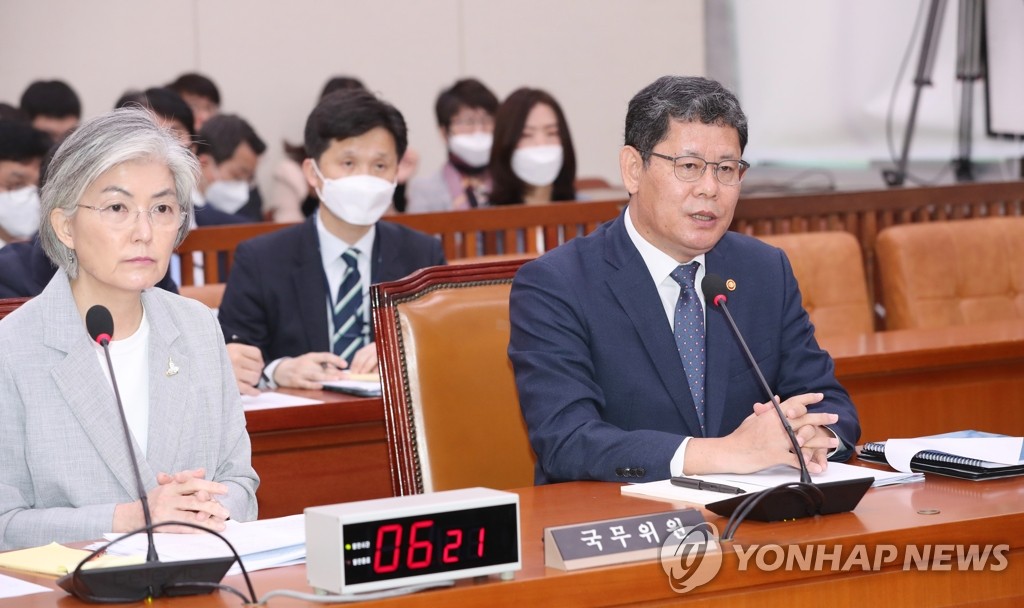 Unconfirmed media reports have since speculated that Kim might be "in grave danger" after surgery, but South Korean officials have repeatedly disputed these claims, saying no unusual signs have been detected from North Korea.

Officials in Seoul said that Kim appears to be staying in the eastern coastal town of Wonsan. U.S monitoring website 38 North earlier reported that commercial satellite imagery showed a train probably belonging to Kim was spotted in the region since at least April 21.

Foreign Minister Kang Kyung-wha, who was also present at the parliamentary session, downplayed the speculation.

In Washington, U.S. President Donald Turmp said he knows how Kim Jong-un is doing and wishes him well.

"I do have a very good idea, but I can't talk about it now. I just wish him well," Trump said during a White House press conference. "I hope he's fine. I do know how he's doing, relatively speaking. You will probably be hearing in the not too distant future.
Trump later added, "Nobody knows where he is."