SEOUL, April 28 (Yonhap) -- Samsung Electronics Co. said a 5G version of its mid-range smartphone will be launched in South Korea next week as the company targets boosting its presence in the 5G handset market.

Samsung said the Galaxy A51 5G will go on sale here on May 7, with online preorders starting Wednesday.

The LTE version of the Galaxy A51 was first released in Vietnam last year, but the 5G variant of the device was introduced earlier this month.

It will be the second 5G model from Samsung's mid-range smartphone line, the A series, following the Galaxy A90 5G that made its debut in September last year.

The Galaxy A51 5G, which has a 6.5-inch screen, comes with a quad rear-camera setup that houses a 48-megapixel shooter, a 12-megapixel ultrawide lens, a 5-megapixel macro camera and a 5-megapixel depth sensor. It also packs a 4,500-mAh battery. 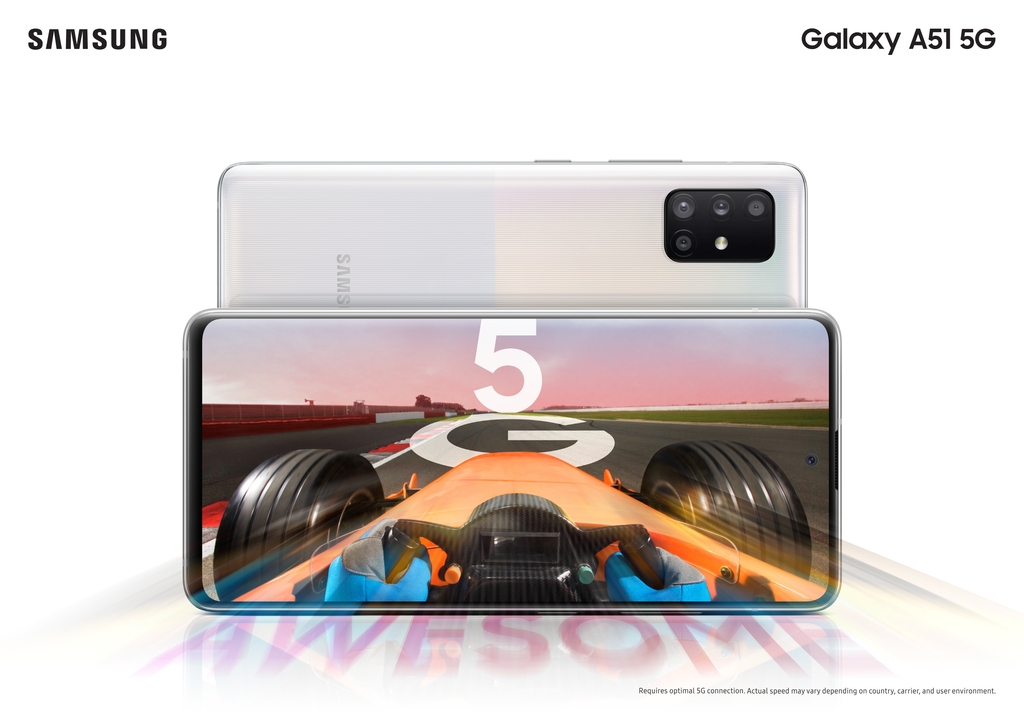 Samsung unveiled its 5G-powered flagship smartphone line, the Galaxy S20 series, in February, but its sales reportedly have not been impressive due to the novel coronavirus outbreak.

To boost its 5G handset sales, Koh Dong-jin, chief of Samsung's IT & Mobile Communications division, told reporters earlier this month that the company plans to release a maximum of three mid-range smartphones that support 5G this year.

Samsung is expected to release the 5G version of the Galaxy A71 smartphone soon.

The company also hopes its new mid-range and budget smartphones can defend its domestic presence against its archrival Apple Inc.

With the Galaxy A51 5G, Samsung said the Galaxy A31 will also hit the shelves in South Korea on May 7.

Apple said the second generation of its mid-range smartphone iPhone SE will be officially released in South Korea on May 6, with preorders starting Wednesday.

Samsung's mid-range 5G smartphone to be launched in S. Korea next week

Samsung's mid-range 5G smartphone to be launched in S. Korea next week