SEOUL, April 28 (Yonhap) -- South Korea said Tuesday it will spend some 1.1 trillion won (US$896 million) on developing technologies for "high automation" vehicles that can lead growth in the automobile market.

The investment calls for the development of "level four" autonomous cars, according to the Ministry of Science and ICT.

There are five levels of self-driving cars that range from no automation "level one" all the way up to "level five" that is fully autonomous with a vehicle being able to drive itself without almost any human input.

The level four cars are called "high automation" vehicles that can fully control steering and speed, and normally can be driven without the driver controlling the vehicle in most situations.

These cars can also be driven in full automation mode in certain areas.

At present, most cars on the road referred to as autonomous vehicles are "level two" cars with "driver assistance" programs. These offer some steering control to keep a car inside a lane and manage the speed to maintain a set distance from other cars but require constant attention and input from the driver, with self-driving only allowed in very restricted areas.

The ministry then said the country will need to create supporting services and an ecosystem that involves close cooperation between various state actors and the private sector. 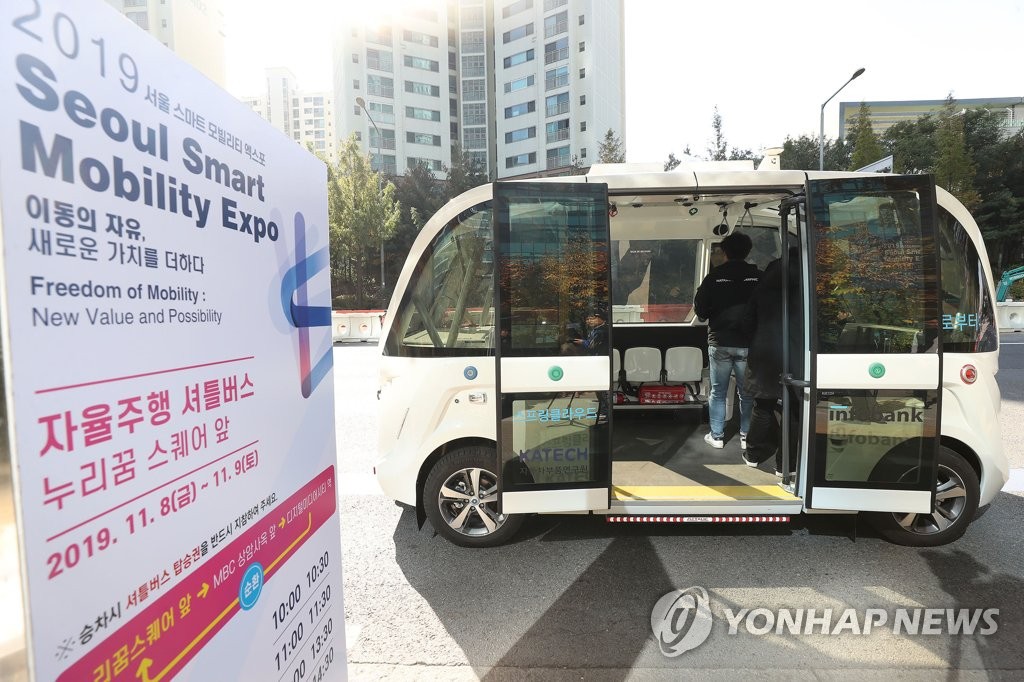 S. Korea to invest 1.1 tln won in developing techs for self-driving cars by 2027

S. Korea to invest 1.1 tln won in developing techs for self-driving cars by 2027