The president also highlighted the significant expansion in the rate of the decrease in exports this month. "The economic shock in all economic sectors, of which the end is unforeseeable, is becoming a reality."

The president also explained that an additional third extra budget package, which the government is currently in the process of devising, will include a comprehensive plan to promote a rebound in domestic consumption.

Moon, meanwhile, ordered officials to prepare for the economy's "post-corona age," notably in areas of investment and creation of new jobs.

He asked each ministry to seek programs to promote new employment opportunities, especially in areas related to the information-technology industries. 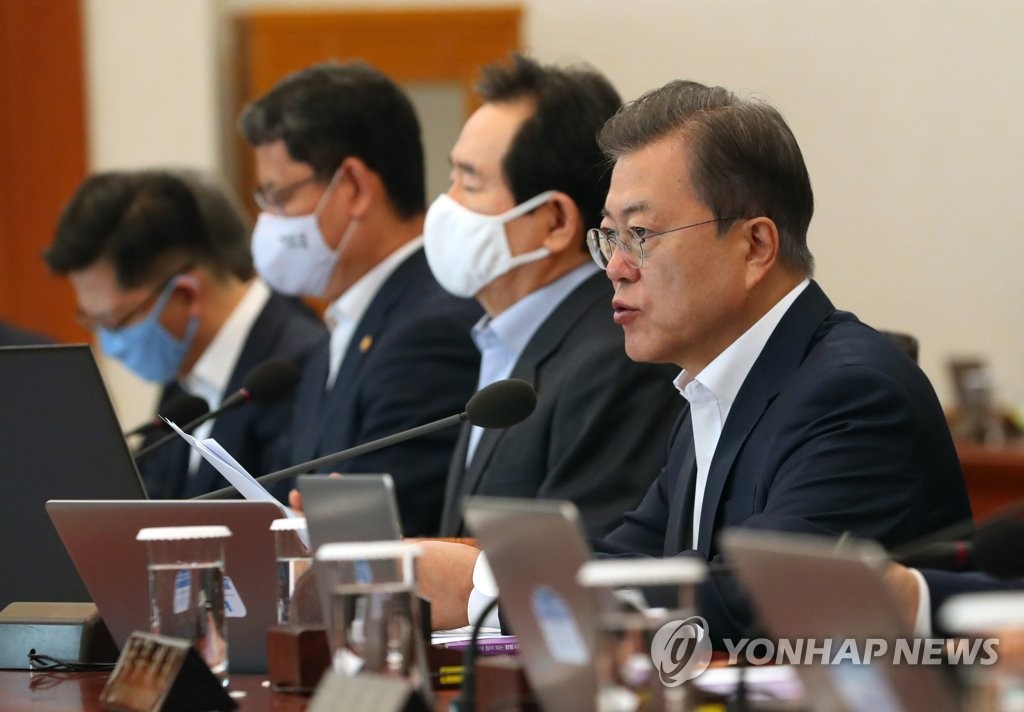