SEOUL, April 29 (Yonhap) -- The National Assembly was set to handle an extra budget bill Wednesday that is aimed at financing emergency relief funds to be provided to all households in the fight against the new coronavirus.

A plenary session is scheduled for 9 p.m. to vote on a 7.6 trillion-won (US$6.2 billion) supplementary budget to cope with the economic fallout from the pandemic. It follows an 11.7 trillion-won extra budget that was created in March to fight COVID-19.

On April 16, the government proposed an extra budget that calls for providing 1 million won to four-people households in the bottom 70 percent income bracket.

But rival political parties promised to pay money to all people in the runup to the April 15 parliamentary elections, citing potential severe impacts of the virus outbreak on the economy.

The government initially opposed the idea of expanding the recipients of the aid package to all households due to concerns about the financial soundness of state coffers.

But the ruling Democratic Party and the finance ministry later agreed to provide the emergency aid to all people and will instead encourage high-income earners to give all or part of their share back as a donation.

The government is expected to need some 14.3 trillion won for the emergency fund payment, up from its initial projection of 9.7 trillion won.

The ministry plans to issue debt-covering bonds worth 3.6 trillion won mainly to finance the budget plan.

If the bill is passed, the households are expected to be granted the money in mid-May. 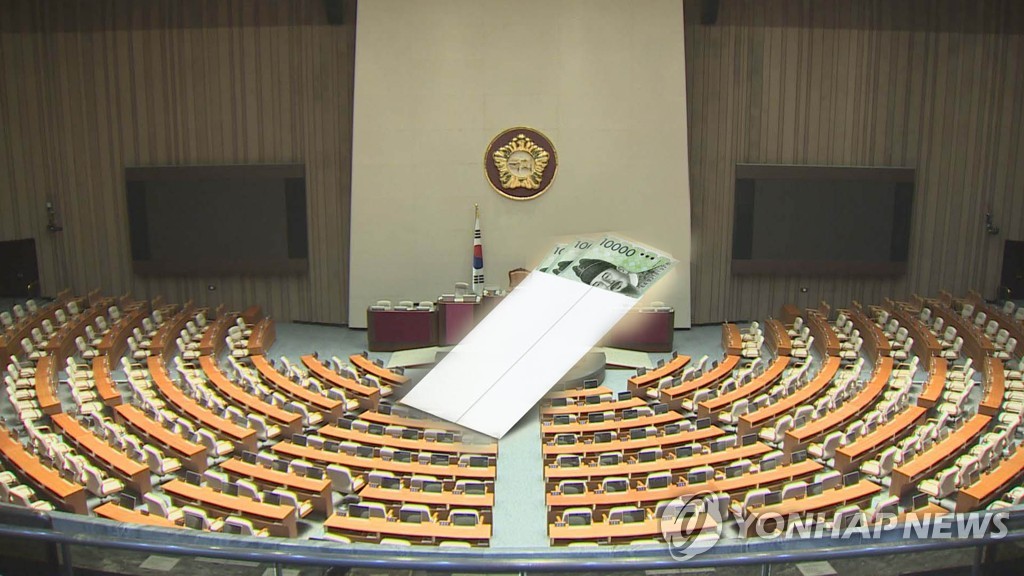