SEJONG, April 28 (Yonhap) -- South Korea needs an additional 4.6 trillion won (US$3.8 billion) to give coronavirus relief handouts to every household, Finance Minister Hong Nam-ki said Tuesday, as part of the government's plans to ease the economic fallout from the coronavirus pandemic.

South Korea had originally planned to give relief handouts to households that rank in the bottom 70 percent of gross income, but it changed the plans to provide the handouts to every household.

Hong told a parliamentary meeting that most of the additional money will be funded by issuing deficit-covering bonds.

The finance ministry seeks to lower the size of deficit-covering bonds by cutting costs and readjusting budget spending, the minister said.

Hong also called for lawmakers to swiftly approve the second extra budget bill, saying that the nation's economy is facing an unprecedented crisis in the wake of the pandemic. 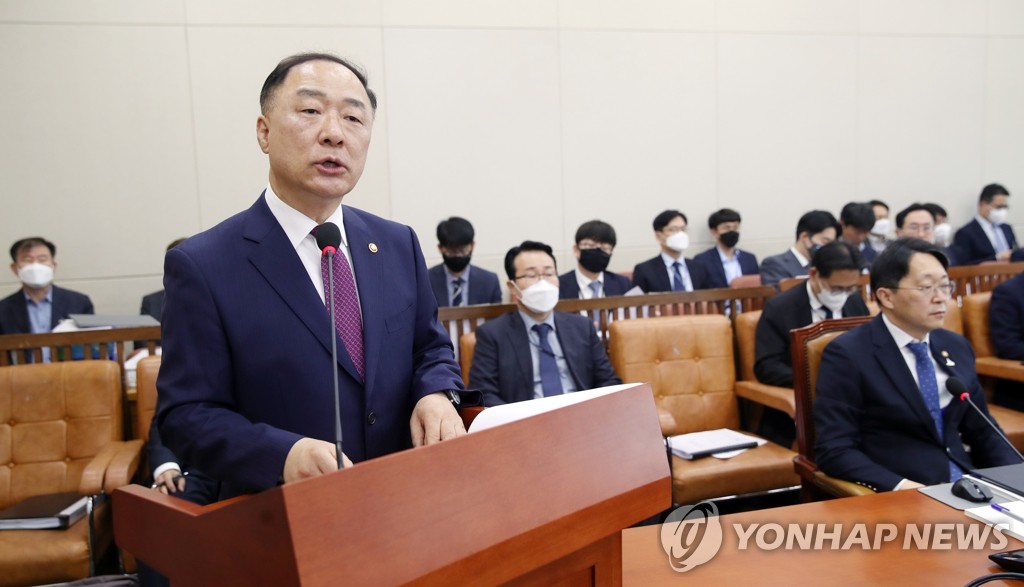 Under the latest support measure, 1 million won will be given to each household with four or more people.

Hong has said the government "promises that it will mobilize all resources and act boldly and quickly until the crisis ends."

Rival parties have agreed to vote this week on the provision of relief handouts to all households and the second extra budget of 7.6 trillion won to fund the one-time relief program.

Health authorities have warned that a new wave of the coronavirus outbreak could hit South Korea in winter because there is no vaccine yet.

Asked whether the government will give relief handouts to every household in the event of a possible outbreak in winter, Hong replied that he may resist it due to worries over wider fiscal deficit.

President Moon Jae-in called for the government to draw up a third extra budget in early June.

Hong stopped short of forecasting the size of the third extra budget but said the third budget will be funded by issuing a "significant" amount of state bonds.